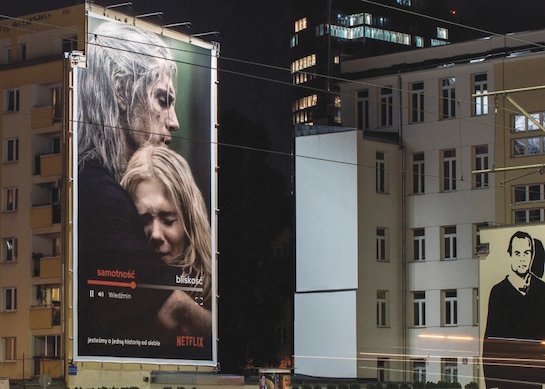 Netflix, Inc. provides entertainment services. It offers TV series, documentaries, and feature films across various genres and languages. The company provides members the ability to receive streaming content through a host of Internet-connected devices, including TVs, digital video players, television set-top boxes, and mobile devices. It also provides DVDs-by-mail membership services. Most shareholders do not vote.  Reading through 79+ pages of the proxy takes time but your vote could be crucial. Below, how I voted and why.

Egan-Jones Proxy Services recommends against directors who served for longer than 10 years since they are not considered independent.  All those up this year have served less than 10 years. They also recommend voting against members of the compensation committee when voting against pay.

Several funds, such as Trillium recommend voting against under several conditions. A shareholder proposal received at least 20% shareholder support in the last year. The nominee is a CEO and sits on more than 2 public company boards. The board’s transparency on corporate governance and shareholder engagement does not rise to a meaningful level.

Vote: AGAINST all directors.

I have no reason to believe the auditor engaged in poor accounting practices or has a conflict of interest. Egan-Jones recommends voting against the auditor if they served for seven years. Independence becomes compromised by that time. Deloitte & Touche LLP has served for 13 years. No other issues appear significant

Netflix Summary Compensation Table shows the highest paid named executive officer (NEO) was CEO Reed Hastings at $43.2 M. I’m using Yahoo! Finance to determine market cap ($218.7B) and I define large-cap as $10B, mid-cap as $2-10B, and small-cap as less than $2B. Netflix is a Large-cap company.

Executive Pay is out of line with peers, shares underperformed and was high compared to internal employees.

This good corporate governance proposal comes from my wife and was written by me, James McRitchie, so of course, I voted FOR.

Disclosure is in the best interest of the Company and its shareholders. The Supreme Court recognized this in its 2010 Citizens United decision, which said,

Relying on publicly available data does not provide a complete picture of the Company’s electoral spending. This proposal asks the Company to disclose all of its electoral spending, including payments to trade associations and other tax-exempt organizations, currently hidden, which may be used for electoral purposes. This would bring our Company in line with a growing number of leading companies, including Alexion Pharmaceuticals Inc., Celgene Corporation, and Biogen Inc., which present this information on their websites.

Vote: FOR, our continued political democracy depends on it.

This proposal is similar to many that I routinely file. A vote FOR this proposal is warranted given that elimination of the supermajority vote requirement would enhance shareholders’ rights.

Inclusion of CEO pay ratio and other factors as guiding principles of executive compensation could allow for more informed and contextual assessments.  Investors could better determine if the company’s executive compensation practices are reasonable and fair and aligned with shareholders’ long-term interests.

Looking up a few funds in our Shareowner Action Handbook: 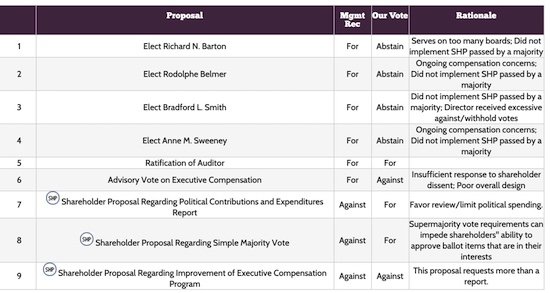 Calvert’s rationale in voting for #9. Inclusion of CEO pay ratio and other factors as guiding principles of executive compensation could allow for more informed and contextual assessments.  Investors could better determine if the company’s executive compensation practices are reasonable and fair and aligned with shareholders’ long-term interests.

Stockholder proposals intended for our 2022 Annual Meeting must be received by our Secretary no later than December 24, 2021. Mail proposals to Netflix, Inc., 100 Winchester Circle, Los Gatos, California 95032, Attention: Secretary.