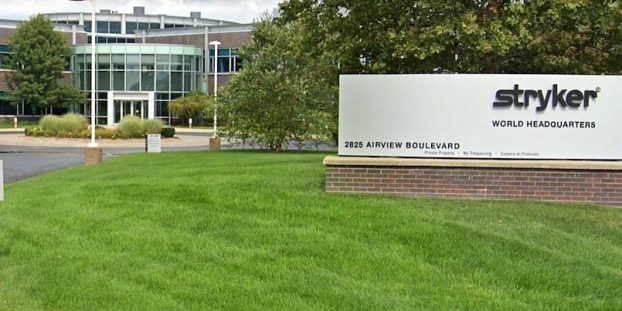 Stryker Corporation 2021 annual meeting is May 5, 2021, at 11AM Pacific Time. To attend, vote, and submit questions during the Annual Meeting visit www.virtualshareholdermeeting.com/SYK2021 and enter the 16-digit control number. With my broker (TD Ameritrade), the only place I can find that control number is in a “vote now!” email I received long ago. If you deleted a similar email, you can still attend as a guest but you will not be able to vote or ask questions. Save those emails! I recommend voting in advance. To enhance long-term value. Vote AGAINST Datar, Golston, McCoy, Stryker, the Auditor, and Pay. Vote FOR Study Workforce Involvement in Corporate Governance and Special Meetings.

Stryker Corporation operates as a medical technology company. The company operates through three segments: Orthopaedics, MedSurg, and Neurotechnology, and Spine. Most shareholders do not vote.  Reading through 50 pages of the proxy takes time but your vote could be crucial. Below, how I voted and why.

I voted with the Board’s recommendations 36% of the time. View Proxy Statement via SEC’s EDGAR system (look for DEF 14A).

Stryker Corporation’s ISS Governance QualityScore as of April 1, 2021, is 5. The pillar scores are Audit: 8; Board: 7; Shareholder Rights: 4; Compensation: 5.

Corporate governance scores courtesy of Institutional Shareholder Services (ISS). Scores indicate decile rank relative to index or region. A decile score of 1 indicates lower governance risk, while a 10 indicates higher governance risk. We need to pay close attention to the Auditor and Board.
Sustainalytics’ rates ESG score as slightly riskier than its peers.

Egan-Jones Proxy Services recommends For all directors.  However, directors who served for much longer than 10 years should not be considered independent. Both Srikant M. Datar, Ph.D. and Ronda E. Stryker fall into that category. Sherilyn S. McCoy sits on more than four corporate boards, so may not have adequate time to devote to her duties. Srikant M. Datar, Ph.D., Allan C. Golston, and Sherilyn S. McCoy sit on the compensation committee. Since I voted against pay, I also voted against the directors who recommended that pay.

I have no reason to believe the auditor engaged in poor accounting practices or has a conflict of interest. Egan-Jones recommends voting against the auditor if they served for seven years. Independence becomes compromised by that time. Ernst & Young, LLP served more than seven years. No other issues appear significant.

Stryker’s Summary Compensation Table (p. 35) shows the highest paid named executive officer (NEO) was CEO/Chair Kevin A. Lobo at $13.3M. I’m using Yahoo! Finance to determine market cap ($99B) and I define large-cap as $10B, mid-cap as $2-10B, and small-cap as less than $2B. Stryker is a large-cap company.

Egan-Jones Proxy Services found pay aligned with the long-term interest of its shareholders. They recommend voting For. Given my concern for the growing wealth disparity and Stryker’s underperformance, I voted Against.

This proposal comes from NorthStar Asset Management. Egan-Jones recommends Against, since “changing the director nomination policy with respect to Company employees as requested in the proposal is unnecessary and will not enhance shareholder value.” However, the proposal does not ask Stryker to change the nomination process. It asks the Board to study “benefits to the company related to employee participation in company governance.”

Yes, one possibility mentioned in the proposal is possible employee representation on the board. Others include employee participation in governance such as employee councils, joint labor-management committees, or labor unions.

The average tenure of employees at Stryker is less than 3 years. Costco employees stay an average of 9 years. Stryker will continue to lag if it fails to fully engage employees. This is a worthy proposal.

The beauty of a good governance proposal, like this one, is that it is highly unlikely to result in more cost or a special meeting. The mere presence of the good governance right empowering shareholders serves as a guardrail. It helps ensure the board nominates the best directors. They will know that if they don’t, shareholders will have a practical remedy… with teeth.

I presented a similar proposal at Kellogg’s on April 30th. It won 61% of the vote. We urge the Board to join the mainstream of major U.S. companies and establish a right for shareholders owning 15% of our outstanding common stock to call a special meeting.

To submit a proposal for inclusion in the proxy materials for our 2022 annual meeting, the proposal must be received by our Vice President, Corporate Secretary at 2825 Airview Boulevard, Kalamazoo, Michigan 49002 on or prior to November 24, 2021. The inclusion of any proposal in the proxy statement and form of proxy for such meeting will be subject to applicable SEC rules.