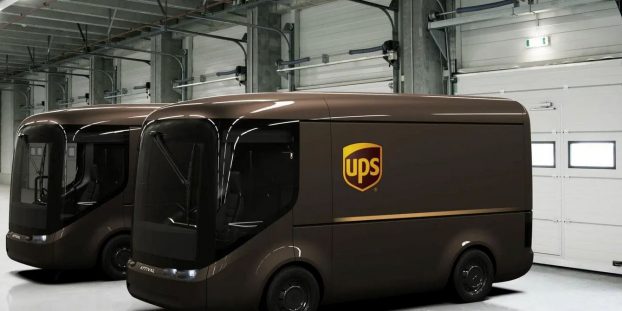 United Parcel Service 2021 annual meeting is May 13, 5AM Pacific Time. To attend, vote, and submit questions during the Annual Meeting visit www.virtualshareholdermeeting.com/UPS2021. You will need your 16-digit control number found on your proxy card, voting instruction form, or the Notice of Internet Availability. Mine came by email. I recommend voting in advance. To enhance long-term value. Vote AGAINST Adkins, Burns, Johnson, Livermore, Shi, Stokes, Warsh, Pay, Stock Plan, and Auditor. Vote FOR Lobbying Payments and Policy, One-vote per Share, Report on Climate Change, and Convert to Public Benefit Corporation.

United Parcel Service (UPS) provides letter and package delivery, transportation, logistics, and financial services. Most shareholders do not vote.  Reading through 100 pages of the proxy takes time but your vote could be crucial. Below, how I voted and why.

From the Yahoo Finance profile page: United Parcel Service, Inc.’s ISS Governance QualityScore as of April 30, 2021, is 10. The pillar scores are Audit: 1; Board: 5; Shareholder Rights: 10; Compensation: 5.

Directors who have served for much longer than 10 years should not be considered independent, so should not be members of important board committees requiring independence. For that reason, I voted against Rodney C. Adkins (2013), Michael J. Burns (2005), William R. Johnson (2009), and Ann M. Livermore (1997). Because I vote against the Pay plan, I also voted against members of the Compensation Committee. That added the following: Kevin Warsh, Christiana Smith Shi, and Russell Stokes.

UPS’s Summary Compensation Table shows the highest paid named executive officer (NEO) was Retired President of US Operations, George A. Willis, at $6.5M. However, the CEO is new. If you annualize Carol B. Tomé’s pay it works out to $14.3M (see page 59 of the proxy). I’m using Yahoo! Finance to determine market cap ($187B) and I define large-cap as $10B, mid-cap as $2-10B, and small-cap as less than $2B. UPS is a large-cap company.

Given the high pay ratio, above median pay compared to peers, and my concern for growing income inequality, I voted Against it.

Pay is too high. I will not approve the omnibus stock plan.

I have no reason to believe the auditor engaged in poor accounting practices or has a conflict of interest. Egan-Jones recommends voting against the auditor if they served for seven years. Independence becomes compromised by that time. Deloitte & Touche LLP served more than seven years. No other issues appear significant.

This good corporate governance proposal of the type I have submitted at other companies, so of course, I voted FOR. This proposal was submitted by Boston Trust Walden Company.

Additional information on the company’s trade association memberships, payments, and oversight mechanisms would give shareholders a better understanding of our company’s lobbying activities and related risks and benefits.

6. Recapitalization Plan for all Stock to Have One-vote per Share

This proposal from John Chevedden is the most important measure on the ballot. It requests that our Board of Directors take steps to ensure that all of our company’s outstanding stock has an equal one-vote per share in each shareholder voting situation. Shareholders should have equal voting rights. That is fundamental. Without a voice, shareholders cannot hold management accountable.

Trillium Asset Management filed this proposal requesting a report on how UPS plans to reduce its contribution to climate change and align with the Paris Agreement. We have to meet that goal of maintaining global temperature increases at or below 1.5 degrees Celsius to ensure a salubrious environment.

This proposal is from my wife, Myra Young, with help from experts at The Shareholder Commons. It asks UPS to become a public benefit corporation (a “PBC”) in light of its adoption of the Business Roundtable Statement of the Purpose of a Corporation. That action would take us from public relations promises to legal reality. If adopted, UPS would be much more likely to reduce its externalized costs. That should increase their reputation while lowering adverse impacts to other companies in our portfolios and to our environment.

Shareowners proposals for inclusion in the 2022 proxy must be received by our Corporate Secretary at 55 Glenlake Parkway, N.E., Atlanta, Georgia 30328 no later than 6:00 p.m. eastern on November 29, 2021. Any proposal will need to comply with SEC regulations regarding the inclusion of shareowner proposals in Company-sponsored proxy material. As the rules of the SEC make clear, simply submitting a proposal does not guarantee its inclusion.

Beat the CRA Clock – Can Shareholders Do It?
Charles Schwab 2021 Proxy