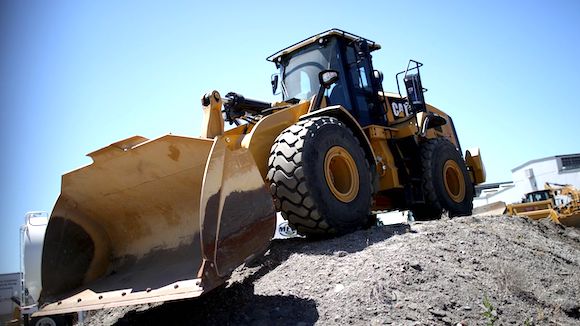 Caterpillar 2021 annual meeting is June 9, 6 AM Pacific Time. To attend, vote, and submit questions during the Annual Meeting visit here (Password: CAT2021). To participate, use the 16-digit control number provided on your proxy card or voting instruction form. I recommend voting in advance. To enhance long-term value. Vote AGAINST Dickinson, Reed-Klages, Rust, Schwab, White, Wilkins, the Auditor, and Pay. Vote FOR all the shareholder proposals.

Caterpillar Inc. manufactures and sells construction and mining equipment, diesel and natural gas engines, industrial gas turbines, and diesel-electric locomotives worldwide. Most shareholders do not vote.  Reading through 62+ pages of the proxy takes time but your vote could be crucial. Below, how I voted and why.

Egan-Jones Proxy Services recommends voting against directors who served for much longer than 10 years since they should not be considered independent. That is my rationale for voting Against Dickinson, Rust, and Schwab. Since I voted against Pay, I also voted against the members of the compensation committee: Reed-Klages, White, and Wilkins.

I have no reason to believe the auditor engaged in poor accounting practices or has a conflict of interest. Egan-Jones recommends voting against the auditor if they served for seven years. Independence becomes compromised by that time. PricewaterhouseCoopers LLP has served for 96 years. No other issues appear significant.

Caterpillar’s Summary Compensation Table shows the highest paid named executive officer (NEO) was CEO D. James Umpleby III at $13.7 M. I’m using Yahoo! Finance to determine market cap ($130B) and I define large-cap as $10B, mid-cap as $2-10B, and small-cap as less than $2B. Caterpillar is a large-cap company.

Although I am a bit torn on this, excess pay outweighed the increase in share value, which may have had little to do with executive performance.

This proposal from As You Sow on behalf of The Thornhill Company requests a report disclosing climate policies, performance, and improvement targets, if any, responsive to each of the indicators set forth in the Net Zero Benchmark, or any rationale for failure to adopt such metrics. Climate change is an existential threat to all of us. The proposal is very reasonable. See As You Sow’s Exempt Solicitation.

5. Report on Diversity and Inclusion

The proposal comes from my wife and me, Myra Young and James McRitchie, with help from The Shareholder Commons. Just take a look at the other shareholder proposals. If the search for higher returns prevents Caterpillar from reducing its carbon footprint and advancing diversity and inclusion, that is bad for the planet, bad for people, and bad for the Company’s own diversified shareholders, who rely on a stable climate and healthy economy to support their many investments and overall prosperity.

As a PBC, Caterpillar would be able to reprioritize its goals and pursue profits solely within the planetary and societal boundaries necessary to preserve the critical systems that undergird the global economy.

See the Exempt Solicitation from The Shareholder Commons.

This proposal from John Chevedden asks for what should be a fundamental right at all companies — allow a majority of shareholders to act by written consent. I file these frequently. This is especially important at Caterpillar where it takes 25% of shareholders, not 10%, to call a special meeting.

In looking up a few funds in our Shareowner Action Handbook, I see Calvert vote For all items, except my proposal to convert to a PBC, which they argue is untested. CBIS voted Against the auditor, For all other items. Norges voted against Umpleby because the CEO/Chair should be split, #4, and #6. Trillium voted Against all directors except MacLennan, and Pay; For all other items.

Rule 14a-8 proposals: If the proposal is to be included in our proxy statement pursuant to Rule 14a-8 under the Securities Exchange Act of 1934, the proposal must be received at the office of the Corporate Secretary on or before January 1, 2022