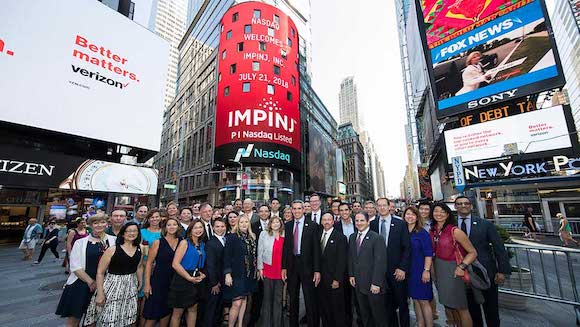 Impinj 2021 annual meeting is June 10, 9 AM Pacific Time. To attend, vote, and submit questions during the Annual Meeting visit here. You will need the 16-digit control number provided on your proxy card or voting instruction form. I recommend voting in advance. Enhance long-term value so that Impinj lives up to its full potential. Vote FOR All Directors, Auditor, and Proxy Access.

Impinj, Inc. operates a cloud connectivity platform. Its platform, which comprises multiple product families, wirelessly connects individual items and delivers data about the connected items to business and consumer applications. Most shareholders do not vote.  Reading through 35+ pages of the proxy takes time but your vote could be crucial. Below, how I voted and why.

I voted with the Board’s recommendations 80% of the time. View Proxy Statement via SEC’s EDGAR system (look for DEF 14A).

Read warnings below. What follows are my recommendations on how to vote the proxy in order to enhance corporate governance and long-term value.

Total compensation last year for our CEO Chris Diorio was $3.2M, less than the median $3.8 to small-cap CEOs. Additionally, Impinj has outperformed small-caps during the latest 1, 2, and 5-year periods, so the pay is at least crudely aligned with performance.

Vote: FOR all directors.

I have no reason to believe the auditor engaged in poor accounting practices or has a conflict of interest. Egan-Jones recommends voting against the auditor if they served for seven years. Independence becomes compromised by that time. Ernst & Young has only served one year.

This good corporate governance proposal comes from me, James McRitchie, so of course I voted FOR. The Board takes no position.

In 2002 I petitioned the SEC to allow proxy access proposals. It took 8 years for the SEC to finally agree and adopt a rule allowing shareholders to request it at individual companies.  By now, 77% of S&P 500 companies have now adopted and proxy access is spreading to smaller companies like Impinj.

Proxy Access in the United States: Revisiting the Proposed SEC Rule, a cost-benefit analysis by CFA Institute, found proxy access would “benefit both the markets and corporate boardrooms, with little cost or disruption.” It would do that by raising US market capitalization by up to $140.3 billion. Public Versus Private Provision of Governance: The Case of Proxy Access found a 0.5 percent average increase in shareholder value for proxy access targeted firms.

However, the evidence is in. Although proxy access initially raises the value of companies that adopt it, implementation has been problematic. Most place a limit of 20 on the number of shareholders that can participate in a nominating group. Look at the largest shareholders at Impinj. Most have never even filed a shareholder proposal. They are unlikely to form a group to nominate directors. Because of the common 20 member group limit, proxy access has not been used and its true value has not been realized.

This proposal is likely to pass. When it does, it is important that Impinj respect the central request of the proposal, which is to implement proxy access with no limit on the number of shareholders forming a nominating group. That is crucial in providing shareholders a stronger voice. Real proxy access creates a more competitive environment for directors. They know if they fail, shareholders can replace them. I do not expect that need to arise at Impinj but having proxy access in the toolbox in case we do eventually need it is a good idea. Proxy access increases the value of your shares by keeping directors focused on shareholders.

In looking up a few funds in our Shareowner Action Handbook, Calvert votes Against Gibson based on less than 40% diversity and failure to address supermajority requirement; For all other items.

To be considered for inclusion in our proxy statement for our 2022 annual meeting of stockholders, our corporate secretary must receive the written proposal at our principal executive office not later than December 30, 2021. Stockholders should address proposals to: Impinj, Inc., 400 Fairview Avenue North, Suite 1200, Seattle, WA 98109. Phone (206) 517-5300