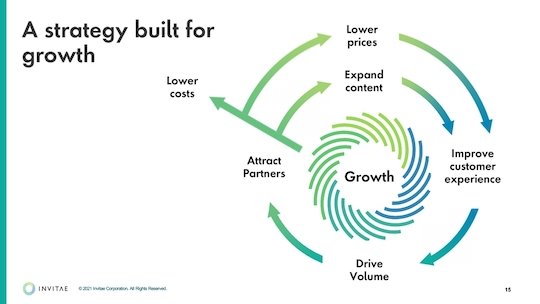 Invitae 2021 annual meeting is June 7, 4 PM Pacific Time. To attend, vote, and submit questions during the NVTA Annual Meeting visit here. To participate, use the 16-digit control number provided on your proxy card or voting instruction form. I recommend voting in advance. To enhance long-term value. Vote AGAINST the Auditor. Vote FOR all other items, including Shareholder Proxy Access and Elect Directors by Majority Vote.

Invitae Corporation, a medical genetics company, integrates genetic information into healthcare decision-making by clinicians and patients in the United States, Canada, and internationally. Most shareholders do not vote.  Reading through 46+ pages of the proxy takes time but your vote could be crucial. Below, how I voted and why.

Invitae Corporation’s ISS Governance QualityScore as of April 30, 2021, is 6. The pillar scores are Audit: 1; Board: 6; Shareholder Rights: 8; Compensation: 7.

Egan-Jones Proxy Services recommends for all, since directors who served for longer than 10 years are not up for election because of the classified board.

Invitae Summary Compensation Table shows the highest paid named executive officer (NEO) was CEO Sean George at $3.9 M. I’m using Yahoo! Finance to determine market cap ($5.4 B) and I define large-cap as $10B, mid-cap as $2-10B, and small-cap as less than $2B. Invitae is a mid-cap company.

According to MyLogIQ, the median CEO compensation at mid-cap corporations was $6.4 M in 2020. CEO Sean George at $3.9 M is below that amount.  Invitae shares outperformed mid-caps over the most recent one-, two-, and five-year time period. The ratio of the annual to of the CEO to the median of the annual total compensation of all employees was 86 to 1.

Egan-Jones Proxy Services found pay aligned with the long-term interest of its shareholders. They recommend voting For. Given outperformance and lower than median pay, I agree.

I have no reason to believe the auditor engaged in poor accounting practices or has a conflict of interest. Egan-Jones recommends voting against the auditor if they served for seven years. Independence becomes compromised by that time. Ernst & Young LLP served for 8 years. No other issues appear significant

This proposal from me, James McRitchie, would lift the 20 member cap on groups forming to nominate a small minority of the board under proxy access provisions. Calvert: A vote FOR is warranted. Elimination of the 20-shareholder aggregation limit and the increase to the nomination cap would improve the company’s existing proxy access right for shareholders. Egan-Jones believes that because the board of directors serves as the representatives of shareholders, shareholders should have the right to nominate their own representatives.

Proxy Access in the United States: Revisiting the Proposed SEC Rule, a cost-benefit analysis by CFA Institute, found proxy access would “benefit both the markets and corporate boardrooms, with little cost or disruption,” raising US market capitalization by up to $140.3 billion. Public Versus Private Provision of Governance: The Case of Proxy Access found a 0.5 percent average increase in shareholder value for proxy access targeted firms.

The evidence is in. Although proxy access raises the value of companies that adopt it, implementation is problematic. Look at the largest shareholders at Invitae. I doubt any have ever even filed a shareholder proposal. Because of the common 20 member group limit, proxy access has not been used. Raising the cap could help proxy access live up to its potential by allowing smaller shareholders to unite, giving shareholders a stronger voice.

This proposal from my wife, Myra Young, asks for a majority vote standard for uncontested board members. According to Calvert, it would give shareholders a more meaningful voice in the election of directors and further enhance the company’s corporate governance.

Egan-Jones writes, “majority vote requirements in boardroom elections enhance director accountability to shareholders, and director accountability is the hallmark of good governance. The board election process should ensure those shareholder expressions of dissatisfaction with the performance of directors have real consequences.  A majority-vote standard will transform the director election process from a symbolic gesture to a process that gives meaningful voice to shareholders.”

If a director cannot get elected by a majority vote when running unopposed, something is obviously wrong. On May 27th my (James McRitchie) proposal on this topic at Axon Enterprise (they make Tasers and body cameras) won more than 90% of the vote.

In looking up a few funds in our Shareowner Action Handbook, Calvert voted as follows: The board is less than 40% diverse overall. Withhold is warranted for incumbent director Chitra Nayak given the board’s failure to remove, or subject to a sunset requirement, the classified board, and the supermajority vote requirement. They also voted Against pay; For all other items.

To be considered for inclusion in the Company’s proxy statement for the 2022 annual meeting of stockholders, stockholder proposals must be received by the Secretary of the Company no later than December 29, 2021. Proposals should be sent to our Secretary at Invitae Corporation, 1400 16th Street, San Francisco, California 94103. These proposals also must comply with the stockholder proxy proposal submission rules of the SEC under Rule 14a-8 of the Exchange Act. Proposals we receive after that date will not be included in the proxy statement.

The Costs and Benefits of Shareholder Democracy