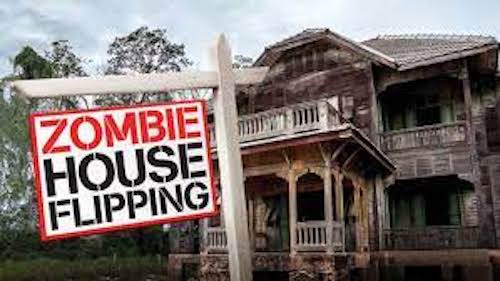 Redfin 2021 annual meeting is June 9, 8:30 AM Pacific Time. To attend, vote, and submit questions during the Annual Meeting visit here. Bring the 16-digit control number from your proxy card or voting instruction form. I recommend voting in advance. To enhance long-term value. Vote AGAINST Ligon and Slavet; FOR Auditor, Pay and Transition to Elect Directors by Majority Vote. Ban zombies from our Board.

Redfin Corporation operates as a residential real estate brokerage company in the United States and Canada. The company operates an online real estate marketplace and provides real estate services, including assisting individuals in the purchase or sale of homes. It also provides title and settlement services; originates and sells mortgages; and buys and sells homes. Most shareholders do not vote.  Reading through 41+ pages of the proxy takes time but your vote could be crucial. Below, how I voted and why.

Redfin Corporation’s ISS Governance QualityScore as of April 30, 2021, is 6. The pillar scores are Audit: 2; Board: 6; Shareholder Rights: 8; Compensation: 4.

Egan-Jones Proxy Services recommends against Ligon and Slavet, since they have served more than 10 years are no longer considered independent.

Vote: AGAINST Ligon and Slavet.

Redfin’s Summary Compensation Table shows the highest paid named executive officer (NEO) was Adam Wiener at $2.1M. I’m using Yahoo! Finance to determine market cap ($5.6 B) and I define large-cap as $10B, mid-cap as $2-10B, and small-cap as less than $2B. Redfin is a mid-cap company.

According to MyLogIQ, the median CEO compensation at mid-cap corporations was $6.4 M in 2020. Mr. Wiener’s package was below that amount. Redfin’s shares outperformed mid-caps over the most recent one-, two-, and five-year time periods. The ratio of the annual total compensation of the CEO to the median of the annual total compensation of all employees was 1 to 1. However, a more appropriate comparison would be to Mr. Wiener’s package. That comes out to be 33:1, still “low” compared to most companies.

I have no reason to believe the auditor engaged in poor accounting practices or has a conflict of interest. Egan-Jones recommends voting against the auditor if they served for seven years. Independence becomes compromised by that time. Deloitte & Touche has served 8 years. No other issues appear significant. I am going to give them a pass for one more year.

According to Calvert, it would give shareholders a more meaningful voice in the election of directors and further enhance the company’s corporate governance.

Egan-Jones writes, “majority vote requirements in boardroom elections enhance director accountability to shareholders, and director accountability is the hallmark of good governance. The board election process should ensure those shareholder expressions of dissatisfaction with the performance of directors have real consequences.  A majority-vote standard will transform the director election process from a symbolic gesture to a process that gives meaningful voice to shareholders.” 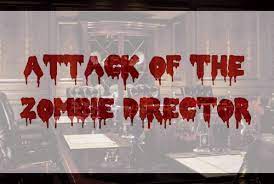 If a director cannot get elected by a majority vote when running unopposed, something is obviously wrong. On May 27th my (James McRitchie) proposal on this topic at Axon Enterprise (they make Tasers and body cameras) won more than 90% of the vote. I also filed similar proposals at 15 other companies, ranging from Assembly Biosciences to Workday. Each company agreed to implement the proposal without putting my proposal on the proxy.

Redfin’s opposition statement argues that zombie directors may be needed. “The possibility of failed elections introduces unnecessary legal uncertainty and risk to our director election process because vacancies on our board may mean we cannot comply with certain Nasdaq listing or securities law requirements, including those related to director independence, committee composition, and having an audit committee financial expert.” However, the clear language of the proposal provides that “a director who receives less than a majority vote be removed as soon as a replacement director can be qualified on an expedited basis.” So yes, zombies can stay, but only until replacement directors can be qualified.

In looking up a few funds in our Shareowner Action Handbook. Calvert: WITHHOLD votes are warranted for incumbent director nominees David (Dave) Lissy, Austin Ligon, and James Slavet given the board’s failure to remove, or subject to a sunset requirement, the supermajority vote requirement to enact certain changes to the governing documents and the classified board, each of which adversely impacts shareholder rights. They voted For all other items. Norges voted For all items.

If you wish to submit a stockholder proposal for inclusion in Redfin’s proxy materials for the 2022 annual meeting, then we must receive your proposal at our principal executive offices no later than December 30, 2021. Please review the SEC’s Rule 14a-8 for the requirements you must meet and the information you must provide if you wish to submit this type of stockholder proposal.