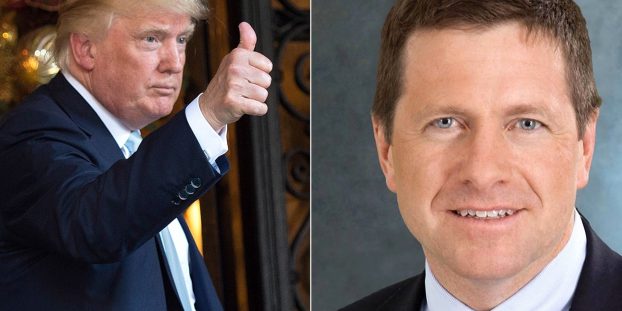 Restore shareholder proposal rights to the pre-Trump era level. That is the objective of the complaint (pdf 2021 06 15 ICCR Complaint) filed this morning in the U.S. District Court for the District of Columbia challenging the Securities and Exchange Commission (SEC’s) recent amendments to the rule governing the filing of shareholder proposals. The revised rule creates impediments to the ability to raise issues of concern through shareholder resolutions filed with public corporations.

For decades, Rule 14a-8 allowed shareholders to submit precatory proposals for inclusion in a company’s proxy statement asking the company to consider additional material disclosures, policies, or governance changes. In September 2020, the SEC imposed revisions that sharply restrict submissions by dramatically increasing:

When introducing the new rule, former SEC Chairman Clayton said he did so as a cost-savings measure to protect “Main Street” investors and corporations from the costly burden of including shareholder proposals in corporate proxies.  Yet, almost the only support from investors came from fake letters, a few of which Chairman Clayton read into the record when introducing the rule.

There are hundreds of examples of companies changing their policies and practices as a result of productive engagement with shareowners, yet a handful of corporate trade associations including the Business Roundtable and the National Association of Manufacturers have engaged in an intense, multi-year lobbying campaign to curtail investors’ access to the proxy. Rather than fulfilling its stated purpose as the “investor advocate” and enforcing shareholder protections, the revised rule is seen as a blatant capitulation on the part of the Trump-era SEC to these trade groups’ desire to relieve corporate executives from accountability to investors.

If you agree with the lawsuit, please contact Interfaith Center for Corporate Responsibility (ICCR) ICCR to contribute directly to the litigation fund.

Far from aiding Main Steet investors, the amendments bar all but the richest shareholders and institutional investors from filing proposals for three or four years. Shareholders can no longer aggregate holdings to meet new ownership requirements and are limited in the use of agents. The SEC made no effort to analyze the number of shareholder proposals that would be excluded or estimate the benefits of shareholder proposals. The SEC’s own staff found the rules would exclude 75% of shareholders from the process. Their report was not submitted until the comment period was over.

The rule basically removes shareholder rights from Main Street investors, leaving them more or less intact for the super-rich.

The Commission used inflated cost estimates from corporations of how much it costs to include shareholder proposals and the cost of management’s efforts to exclude and oppose proposals, which are advisory and can be ignored by companies even if they pass at annual meetings. The Commission’s rulemaking made no attempt to measure the benefits of shareholder proposals, only the costs. 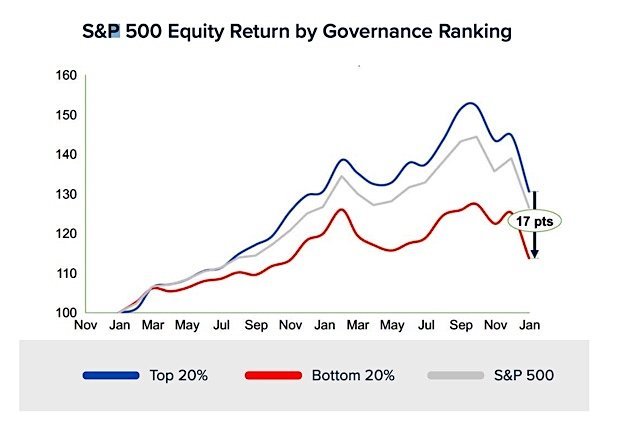 The High Cost of Governance Deficits: A Case for Modern Governance by Diligent Institute found companies that had adopted the type of proposals I file (e.g., annual election of directors and simple majority vote standards) had higher equity returns.  The top 20% of the S&P 500, as measured by strong corporate governance, outperformed the bottom 20% by 17% over the period measured. Delaying implementation of such proposals will clearly result in opportunity costs to shareholders of billions of dollars.

Although the case for environmental and social proposals is not as strong regarding positive shareholder returns, positive evidence is mounting. McKinsey Quarterly cites a meta-analysis of more than 2,000 studies on the impact of ESG propositions on equity returns. 63% found positive returns, 8% negative returns, while the remaining were neutral.

The plaintiffs include the Interfaith Center on Corporate Responsibility (ICCR), a coalition of over 300 faith-based institutional investors representing more than $US4T in assets that have been engaging corporations and filing shareholder proposals to mitigate harmful environmental, social, and governance (ESG) impacts for 50 years; As You Sow, a nonprofit dedicated to promoting environmental and social corporate responsibility through shareholder advocacy, coalition-building, and innovative legal strategies; and James McRitchie, a shareholder advocate and one of the most active individuals submitting shareholder proposals related to corporate governance in the U.S.

The new rule guts the existing shareholder proposal process, which has long served as a cost-effective way for shareholders to communicate their concerns to management. The rule provides little serious economic analysis supporting the need for these substantial changes and is based on the wholly unsupported assumption that shareholder proposals are simply a burden to companies with no benefits for companies or non-proponent investors when there are 50 years of evidence to the contrary.

Celebrating its 50th year, ICCR is the pioneer coalition of shareholder advocates who view the management of their investments as a catalyst for social change. Its 300-member organizations comprise faith communities, socially responsible asset managers, unions, pensions, NGOs and other socially responsible investors with combined assets of over $4 trillion. ICCR members engage hundreds of corporations annually in an effort to foster greater corporate accountability. Follow ICCR on Twitter, Linkedin, and Facebook. Review 2021 Shareholder Resolutions.

According to Danielle Fugere, President of As You Sow:

The Trump Administration’s effort to curtail shareholder rights runs directly counter to broader trends in the business and investor communities toward greater accountability to stakeholders. More and more investors are signaling the importance of ESG performance in making their investment and stewardship decisions. Evidence of this trend can be seen in the impressive number of majority votes and withdrawals at companies this proxy season – particularly on critical climate-related themes. Shareholder proposals are an important tool in helping executives and investors better manage risk and create and protect long-term value. Rather than restricting these tools, the SEC should be focused on expanding them.

As You Sow is a nonprofit organization that promotes environmental and social corporate responsibility through shareholder advocacy, coalition building, and innovative legal strategies. Track their resolutions.

Companies with strong corporate governance policies, of the type I submit (along with John Chevedden and Ken Steiner), outperformed those with poor policies by 15% over the most recent two-year period, according to a 2019 Diligent Institute study. The new SEC thresholds will result in billions of dollars in lost opportunity costs, especially at smaller companies, since they receive less scrutiny from institutional investors than established S&P 500 companies.

The complaint further argues that the SEC made no serious effort to quantify the costs and benefits of its rule.  An overwhelming number of investor comments were submitted in opposition to the rule and these comments were supported by rich empirical evidence documenting how shareholder proposals enhance shareholder value. But the Commission arbitrarily refused to quantify the benefits that proposals achieve – leaving it fundamentally unable to weigh those benefits against any cost savings its new rule would supposedly achieve.

Today’s amendments do not serve shareholders or the capital markets more broadly. They will have pronounced effects in two important respects. First, in connection with environmental, social, and governance (ESG) issues at a time when such issues—climate change, worker safety, racial injustice—have never been more important to long-term value. Second, in connection with smaller shareholders, Main Street investors, who will be dramatically disadvantaged by the changes we adopt today … These amendments will restrict shareholders’ ability to oversee and engage with management of the companies they own. They do not properly value shareholder proposals or shareholder rights. And they will restrain shareholder efforts on issues that are of pressing importance to them and to our broader economy. I must respectfully dissent.

While the three are named as lead parties to the complaint, the action is supported by a large community of institutional investors representing trillions of dollars in assets that have long used the 14a-8 process to bring material concerns to the attention of boards, management, and fellow shareholders.

The shareholder proposal is an essential tool for ensuring that the voices of Main Street investors are heard by portfolio companies. The New York City Retirement Systems’ long and proud history of corporate engagement has produced significant social benefits and enhanced long-term shareholder value.  That’s why I have actively opposed the Trump Administration’s draconian changes to the SEC’s shareholder proposal rule that would further tip an already unbalanced playing field to benefit company management at the expense of both large and small investors. I strongly support the plaintiffs and investors taking this important step to overturn the SEC rule change, protect shareholders’ ability to hold companies accountable, and create meaningful, systemic change in corporate America.

Amy Borrus, Executive Director of the Council of Institutional Investors whose members are entrusted with combined assets of $4 trillion, added:

The shareholder proposal rule amendments the SEC adopted last year were an attempt to weaken the voice of investors by making the filing process more complicated and costlier. But that undercuts investor confidence in the fairness of the financial markets. It is also unnecessary interference in the marketplace. For decades, the shareholder proposal process has been a well-functioning pillar of corporate governance in U.S. capital markets. It is a cost-effective way for shareholders to communicate with each other and for shareholders as a group to communicate with management through votes on proposals. Not surprisingly, CEOs and corporate directors do not like being second-guessed by shareholders on environmental, social and governance matters.

As long-term investors, we seek to foster more sustainable and resilient businesses. We encourage companies to address ESG risks that have the potential to significantly erode long-term shareholder value. Engagement with companies has led to an impressive track record of improved corporate oversight and management of material risks. Evidence abounds in this proxy season alone, in which dozens of proposals were withdrawn as a result of negotiated agreements between company management and shareholders. This suit is essential to keeping the process fair and reasonable.

Boston Trust Walden has utilized the shareholder resolution process to promote more sustainable business policies and practices since filing its first resolution in 1987. Over the past three decades, Boston Trust Walden has filed more than 500 shareholder resolutions on an array of issues, including climate risk, equality, and executive compensation—with more than 40% withdrawn with negotiated agreements. The firm believes engagement with companies has a meaningful and positive impact on company decision-making.

Tim Smith, Director of ESG Shareowner Engagement and a longtime hero of mine added:

Boston Trust Walden has been a vigorous champion of shareholder rights for many years. In 1993, our company (then named United States Trust Company of Boston) was a plaintiff in a suit against the SEC for a violation of the Administrative Procedural Act stemming from a new, more restrictive interpretation of proxy rules. Nearly thirty years later investors are again compelled to turn to the courts to protect our rights as shareowners.

I will use this section to add breaking news on our lawsuit. For example, the case has been assigned to Judge Reggie Walton. Ross Kerber of Reuters wrote Investors sue U.S. regulator over Trump-era AGM resolution rules. SEC Sued by Shareholders by Jackie Cook and Ruth Saldanha of Morningstar.