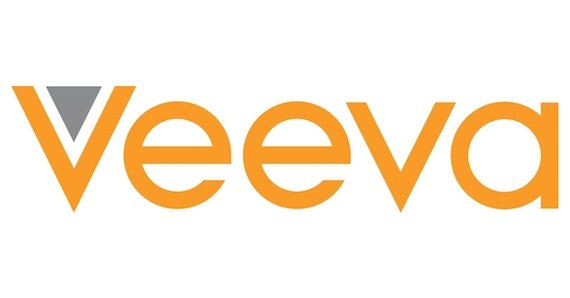 Veeva Systems 2021 annual meeting is June 23, 9 AM Pacific Time. To attend, vote, and submit questions during the Annual Meeting visit here. To participate, you will need the 16-digit control number provided on your proxy card or voting instruction form. I recommend voting in advance. Enhance long-term value. Vote AGAINST Gordon Ritter, the Auditor, and Special Meetings at 25%; FOR other directors, Pay and Special Meetings at 15%, and say on pay 1-year frequency.

Veeva Systems Inc. provides cloud-based software for the life sciences industry in North America, Europe, the Asia Pacific, the Middle East, Africa, and Latin America.  Most shareholders do not vote.  Reading through 64+ pages of the proxy takes time but your vote could be crucial. Below, how I voted and why.

I voted with the Board’s recommendations 69% of the time. View Proxy Statement via SEC’s EDGAR system (look for DEF 14A).

Egan-Jones Proxy Services generally recommends against directors who served for much longer than 10 years because that could compromise their independence. Directors with 10 or more years on the Board: Founder Peter P. Gassner, Co-Founder Matthew J. Wallach, and Gordon Ritter. I am going to give a pass to the two co-founders but will vote Against Gordon Ritter.

I have no reason to believe the auditor engaged in poor accounting practices or has a conflict of interest. Egan-Jones recommends voting against the auditor if they served for seven years. Independence becomes compromised by that time. KPMG LLP has served for 11 years. No other issues appear significant

Veeva Summary Compensation Table shows the highest paid named executive officer (NEO) was EVP-Global Sales Alan Mateo at $3.4 M. I am using Yahoo! Finance to determine market cap ($38.7 B) and I define large-cap as $10B, mid-cap as $2-10B, and small-cap as less than $2B. Veeva Systems is a large-cap company.

4. Vote on Frequency of Executive Compensation

It is always better to have a vote on pay every year to ensure better alignment and accountability.

Vote: FOR the One-year option.

I was willing to accept 20% but the Board was unwilling to negotiate on this issue. Keep in mind that at many companies only 80% of shares are consistently voted. Shareholders looking to hold an emergency special meeting are unlikely to find any support at all among shareholders who do not vote, so 25% could easily become 30% of the conscientious, consistent voters. I recommend voting Against this proposal and For my proposal to allow shareholders with 15% to call a special meeting.

ADDITIONALLY: The Board’s proposal requires that only shareholders that have continuously held shares for one year or more can call a special meeting. Imagine trying to gather and submit all the documentation the company may require for that unusual provision. The Board is attempting to create a logistics nightmare. For example, stock holdings in most portfolios vary considerably from quarter to quarter as funds rebalance or take other actions. Veeva could require those calling a special meeting to document they have held the requisite stock continuously each day for a year. This is a very unusual provision that companies have recently been adopting to make themselves look good on the surface. Unfortunately, many proxy voting policies do not dig into the weeds, the Veeva may fool many of its shareholders.

15% is the more appropriate level, especially given that shareholders do not have the right to act by written consent. Keep in mind, this would be an emergency situation.

In looking up a few funds in our Shareowner Action Handbook, I see Calvert vote For all items. CBIS voted Against the auditor, For all other items. Australia’s Local Government Super vote For all except #5. Trillium voted For Auditor, Amend Proxy Access, and Improve Executive Compensation; Against all other items.

Shareholders may present proper proposals for inclusion in our proxy statement and for consideration at our next annual meeting of shareholders by submitting their proposals in writing to our Corporate Secretary in a timely manner. In order to be included in the proxy statement for the 2022 annual meeting of shareholders, shareholder proposals must be received by our Corporate Secretary no later than January 10, 2022 and must otherwise comply with the requirements of Rule 14a-8 of the Exchange Act.

Pegasystems 2021: Proxy Access
Procter & Gamble Employees: Do You Have a Say?