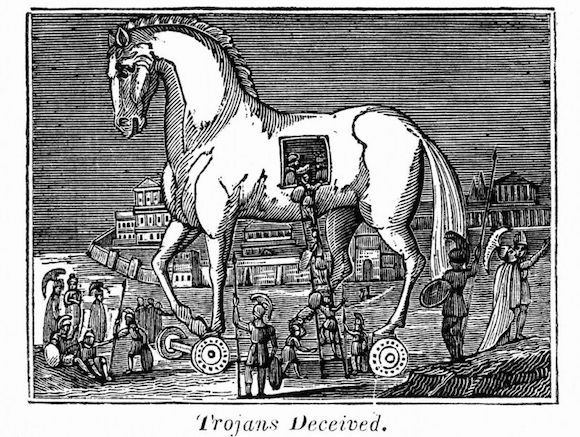 Electronic Arts 2021 proxy claims my proposal for written consent is “unnecessary and moot,” given their proposal on the same topic. But their proposal is a Trojan Horse, meant to deceive investors. They are gaming their investors. This ethical lapse is troublesome, as discussed below.

Electronic Arts Inc. develops, markets, publishes and distributes games, content, and services for game consoles, PCs, mobile phones, and tablets worldwide. Most shareholders do not vote.  Reading through 125+ pages of the proxy takes time but your vote could be crucial. Below, how I voted and why.

If you have read these posts related to my portfolio and proxy proposals for the last 25 years and trust my judgment, skip 7 minutes of reading. See how I voted my ballot. Actual voting will take you only a minute or two. Every vote counts.

Corporate governance scores courtesy of Institutional Shareholder Services (ISS). Scores indicate decile rank relative to index or region. A decile score of 1 indicates lower governance risk, while a 10 indicates higher governance risk. We need to pay close attention to everything but the auditor. However, we will also pay attention to that. ESG Ratings (Yahoo Finance) Moderate level of controversy.

Egan-Jones Proxy Services recommends against 1b) Leonard S. Coleman, (1c) Jeffrey T. Huber, (1e) Richard A. Simonson, (1f) Luis A. Ubinas, (1 G) Heidi J. Ueberroth, and (1h) Andrew Wilson. Several of these directors have served for longer than 10 years, so should not be considered independent. Others are on the Compensation Committee, discussed below. Wilson should not chair the board and be the CEO. That is an obvious conflict of interest, so I voted against him for that reason.

Electronic Arts Summary Compensation Table shows the highest paid named executive officer (NEO) was CEO/Chair Andrew Wilson at  $39.2M. I’m using Yahoo! Finance to determine market cap ($40B) and I define large-cap as $10B, mid-cap as $2-10B, and small-cap as less than $2B. 3D Systems is a small-cap company.

According to the latest information from MyLogIQ, the median CEO compensation at S&P 500 companies was $13M. Andrew Wilson would be in the top 10% at $23.9M but he was paid $39.2M. Electronic Arts shares underperformed the Nasdaq by far over the most recent one- two-, and five-year time periods, as well as underperforming the S&P 500. The ratio of the annual total compensation of the CEO to the median of the annual total compensation of all employees was 316 to 1.

Egan-Jones Proxy Services writes, “This Company has earned a grade of Needs Attention in compensation and thus, has failed to pass our quantitative tests.” Agreed. Since I voted against compensation/pay, I also voted against directors on the compensation committee: Coleman, Ubinas, Ueberroth.

I have no reason to believe the auditor engaged in poor accounting practices or has a conflict of interest. Egan-Jones recommends voting against the auditor if they served for seven years. Independence becomes compromised by that time. KPMG LLP has served as the auditor for 34 years. No other issues appear significant.

53% of shares last year voted for my proposal to allow written consent. When it appeared the Board would not honor that vote, I submitted proposal #5 below. The Board filed a counter-proposal that looks to give shareholders a new right. Unfortunately, it is a deception, like the Trojan horse. The Board’s gift is no gift. It is like naming your company Organica, hoping to confuse customers into thinking your products are organic.

Shareholders are being asked to approve the Amended and Restated Certificate of Incorporation to enable stockholders who comply with the applicable requirements and procedures to act by written consent. Read beyond that headline to the fine print.

The Board’s proposal will require that stockholders seeking to act by written consent must own, individually or in the aggregate, at least 25% of the outstanding shares of common stock to request that the Board of Directors set a record date to determine the stockholders entitled to act by written consent. Most companies allowing shareholders to call a special meeting require no threshold to set a record date.

Delaware-based boards can add restrictions to holding special meetings by unilaterally changing the bylaws. However, the Delaware Supreme Court ruled that any modification or elimination of the right to written consent must be in the company’s certificate of incorporation, which must be voted on by shareholders. The Court took this action to protect shareholders. (Special Meetings and Consent Solicitations: How the Written-Consent Right Uniquely Empowers Shareholders, beginning page 1736)

Contrary to popular opinion, the right to act by written consent is more empowering to shareholders than the right to call a special meeting, because boards cannot unilaterally impose the same type of restrictions on the latter as they can on the former. A review of the corporate governance documents of large Delaware companies demonstrates the significance of this distinction. Boards have, with little oversight or fanfare, significantly restricted shareholders’ exercise of their special-meeting right. However, companies have generally not imposed similar restrictions on shareholders’ exercise of their written-consent right.

In the past, companies faced with a written consent proposal often would include a proposal to lower the special meeting threshold on the proxy in return for the shareholder withdrawing their written consent proposal. In this case, the Board could have offered to lower the special meeting threshold from 25% to 20%. Had they done so, I might have withdrawn my proposal.

If the Electronic Arts Board succeeds in fooling shareholders into forclosing their ability to ever use written consent through such deception, how else will they deceive us? Appearing to provide a right that is essentially nonexistent is worse than opposing a real right. Unfortunately, many shareholders, including institutional shareholders, are falling for this Trojan horse.

This real corporate governance proposal comes from me, James McRitchie (as it did last year), so of course, I voted FOR. As indicated in the proposal, many boards and investors assume a false equivalency between rights of written consent and special meetings.

However, at most firms allowing written consent, any shareholder, regardless of the number of shares owned, can seek to solicit written consents on a proposal. By contrast, calling a special meeting may require a two-step process. A shareholder who does not own the minimum shares required must first obtain the support of other shareholders. Once that meeting is called, the shareholder must distribute proxies asking shareholders to vote on the proposal to be presented at the special meeting. That can take more time and expense. Additionally, management generally places more restrictions on special meetings. See Special Meetings and Consent Solicitations: How the Written-Consent Right Uniquely Empowers Shareholders. The Trojan Horse “right” of written consent removes this advantage and actually forecloses the opportunity of shareholders to ever act by written consent.

Proxy Insight reported three votes when I last checked. Trillium voted Against all directors, except Bruce, and Against pay. They were fooled by the Trojan horse, voting for proposals 3-5. CBIS votes Against Coleman, Ubinas, Ueberroth, and pay. CBIS was also fooled by the Trojan horse, they voted for #4 and abstained from my real proposal #5. Pensionskassen Magistre & Psykologer voted Aginst Ubinas, pay and both proposal #4 and #5.

What is the deadline to propose matters for consideration at the 2022 annual meeting of stockholders?

Proposals to be considered for inclusion in our proxy materials: No later than February 25, 2022. All proposals must comply with Rule 14a-8 under the Exchange Act.