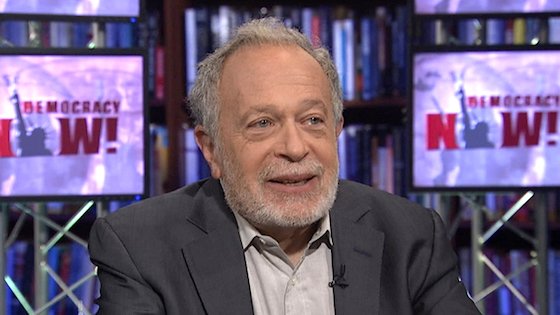 Sharing Profits is Not Enough Professor Reich but you are getting warmer. Your hook was that Sears workers owned 25%. Then you imagine what that magnitude of ownership could mean at Amazon. The spoiler was you then began touting cash bonuses, rather than stocks.

True, having ALL retirement tied to one stock is risky. That risk is easily resolved by investing 1/2 elsewhere. For example, in Engine No. 1’s S&P 500 ETF, with the ticker symbol VOTE. That portion will be broadly diversified and will be voting in a way that better reflects the values of most workers.

Sharing Profits is Not Enough Professor Reich: Workers Need a Voice on Boards

The key point you are missing is that employees not only need profit-sharing in the form of stock, workers also need voices at the table in the boardroom. Employees at General Electric own almost 10% of the company but they don’t have 10% representation. They have none. Democracy in corporate governance is about votes and representation. Sharing Profits is Not Enough Professor Reich.

We have a shareholder proposal at Procter & Gamble where workers own about 5% of the company. Only Vanguard and BlackRock hold more shares on behalf of their clients. We tried to negotiate a larger role for workers at Procter & Gamble (PG) without success. No board member is willing to even discuss the options.

Sharing Profits is Not Enough Professor Reich: Options are Available

Add worker(s) to the initial candidate pool. Create a worker’s council. Appoint an existing board member to be a liaison with workers. Create a shadow board of workers. Management rejected every option, telling us that existing mechanisms, such as an annual survey and “town hall” meetings, provide plenty of opportunity for employee input to the Board.

A similar proposal won 17.5% approval at Amazon. Proposals at Disney, Starbucks, and other companies fared worse. The reason why is simple. Our own investments through 401(k) plans operated by BlackRock, Vanguard, and State Street are voting against these proposals. Even public employee funds, some with workers on their own boards like CalPERS, have been voting against workers. Professor Reich, you could use your influence on social media to turn that around.

Sharing Profits is Not Enough Professor Reich: You Can Help

Workers not only need a bonus. They need a voice at the table where their futures and our collective futures are decided. The values of typical workers are closer to those of typical shareholders, customers, and Americans than are the values CEOs and directors who all too often live in the illusionary 1% bubble. Sharing Profits is Not Enough Professor Reich

Join us. Ask the University of California Retirement Plan and Savings Choice (your 401(k) plan) to vote to increase the voice of workers on corporate boards. Influence others to do the same. Come speak with our shared interest group on Corporate Accountability.