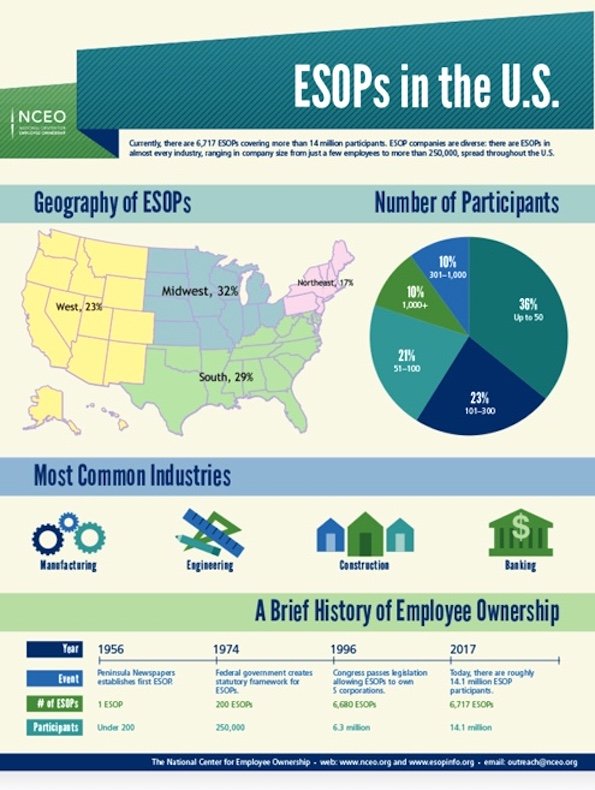 Employee ownership is my next focus. Support for proposals in 2020 and 2021 to encourage companies to add workers to the board has been weak. It is time to reassess. My conversations with CalPERS were especially interesting. Directors I interviewed who were elected by the members favored our proposals. Staff, those charged with voting shares owned by CalPERS, did not. Those stark differences would be interesting to explore in-depth. If we cannot win the support of public pensions like CalPERS, CalSTRS, and the NYC Comptroller, we need to rethink our approach.

In reviewing those results in conjunction with the academic literature (such as Lifting Labor’s Voice), I see we have been trying to follow a European model without the basic infrastructure, such as supervisory boards, half elected by workers. America has a weak union movement (although that may be changing). We have no labor party. Even if companies were convinced to include workers in the initial candidate pool for directors, there is no ready mechanism for workers to choose their representatives. Most companies have discouraged worker to worker channels of communication, preferring management-sponsored surveys and town hall meetings.

Whereas co-determination models have been advocated almost exclusively by Democrats, employee ownership has a long history of bipartisan support (72% Of Republicans and 74% of Democrats Agree on This) The National Center for Employee Ownership (NCEO) estimates over 14 million Americans already participate in employee ownership. Shares come with votes. Expanding such programs and helping employees mobilize their votes are directions worth exploring.

All stakeholders benefit from worker ownership. Some of the benefits documented by NCEO include the following:

Although the above data is largely drawn from privately held companies owned through an ESOP, positive results are also found in publicly traded companies with significant employee ownership coupled with employee participation. See Shared Capitalism at Work and many more studies available at the Institute for the Study of Employee Ownership and Profit Sharing.

Americans are frequently told by the media that we are, on average, substantially wealthier on many measures than others in the world. Unfortunately, those reporters apparently did not study statistics. Instead of discussing wealth in America based on averages, they should focus on the typical (median) American. While measures of average American wealth benefits from Elon Musk and Jeff Bezos, the typical American has less wealth than Spaniards, Italians, and many others. We should aim to decrease the gap between average and median wealth through more widespread employee ownership.

Another less measured benefit of increasing employee ownership and participation in decision-making at work is political efficacy. A couple of seminal books for me, read while on a fellowship with NIMH, were Vanek’s The Participatory Economy and Pateman’s Participation and Democratic Theory. At the time, I was tasked with the mission of trying to determine what forms of corporate governance would be best for individuals, industry, and society.

The basic message of both books is that employees who own and participate at work derive satisfaction and a sense of empowerment that not only increases the value of their enterprise but also carries into other aspects of their lives. Increased agency at work leads to an increased sense of self-worth and carries over to greater participation in all social endeavors, including politics.

While more than 50% of Americans hold stock indirectly through retirement plans, mutual funds, ETF, etc., they typically have no say in how shares held by such vehicles are voted.  Additionally, because of poor reporting requirements, they cannot easily compare voting records for alignment with their own values. (See my petition and recent SEC proposal.)

Only 14% of families in America hold stock directly. More hold stock in one issuer (4%) than hold stock from ten issuers or more (3%). 1% own 40% of stock value; 5% own 71%, and 10% own 84%. Using slightly different measures, the Federal Reserve Board reports the following: 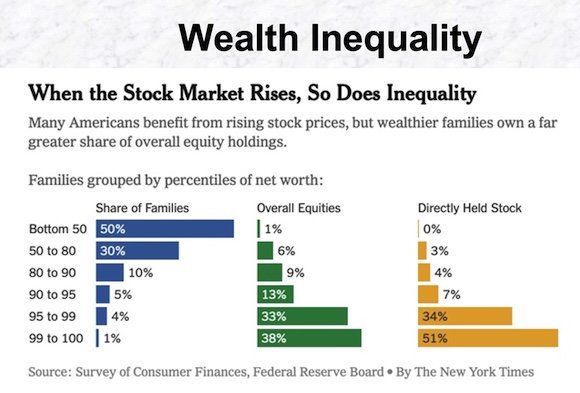 Steven Pearlstein includes some interesting observations in his book, Can American Capitalism Survive?  Political polarization tracks inequality. The more inequality, the less we can get done. Considering some of the important things that hang in the balance, like a salubrious planet, political inaction is not a viable option. 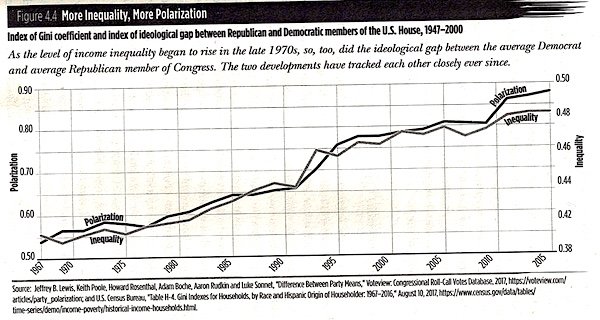 The typical American citizen has little or no influence on policy. You generally need to be in the top 20% to get anything done. If we want capitalism and democracy to survive and thrive we need more diversity and inclusion. That will require revitalizing the workplace since that has become the source of our wealth and self-image for many. 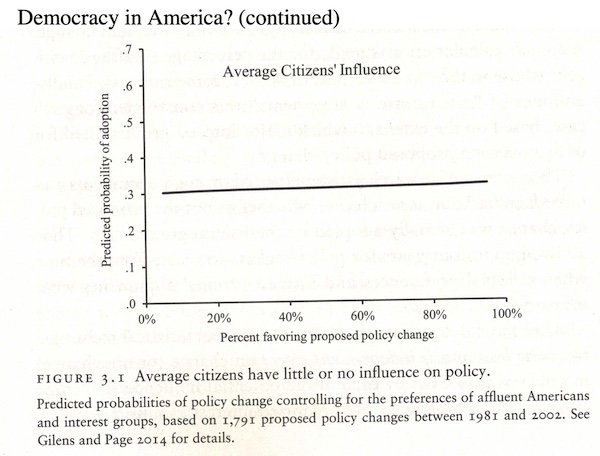 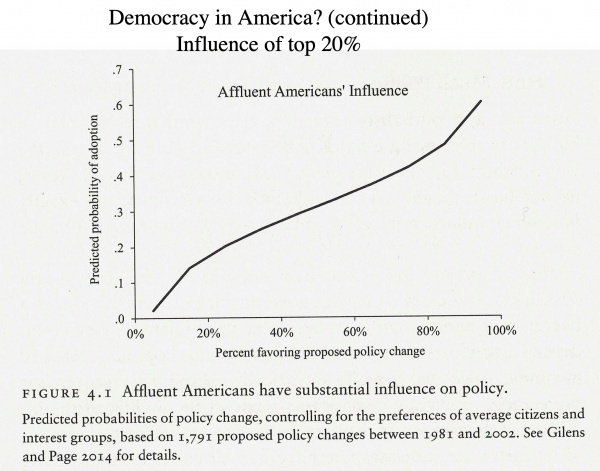 So far, I am looking at the following types of proposals for 2022 in this area. I hope to develop these further by working with other shareholders, academics, think tanks, consultants, unions, and others. I would love to hear from and work cooperatively with readers on these and other approaches.