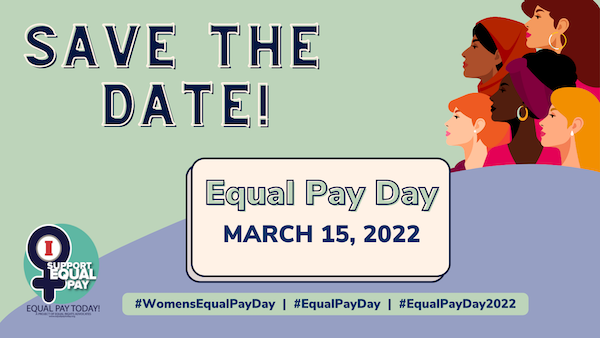 Equal Pay Day is still needed to raise awareness. Of 57 companies examined in the Racial and Gender Pay Scorecard only seven — Pfizer, Mastercard, Bank of New York Mellon, Starbucks, Adobe, American Express, and Citigroup — get an “A,” while 24 companies receive an “F.”

The 5th edition of the “Racial and Gender Pay Scorecard,” released today on Equal Pay Day (National Committee on Pay Equity) by the investment management firm Arjuna Capital and shareholder advocacy firm Proxy Impact, grades companies based on quantitative disclosures (versus qualitative assurances) that are taking concrete steps to close racial and gender pay gaps. The 57 companies in the ranking have all been engaged by investors through the shareholder proposal process and asked to improve their public pay equity disclosures. Said Natasha Lamb, managing partner at Arjuna Capital:

The pandemic has been a one-two punch for women and people of color who disproportionately suffered from the 2020 job losses. It’s no surprise that racial and gender pay equity has become a key area of focus for investors, who are demanding more from companies. Just last week, nearly 60% of shareholders voted in favor of an investor proposal asking Disney to disclose racial and gender pay gaps, underlining the material importance of pay equity to institutional investors.

Women and people of color are almost always deeply underrepresented in higher-paying positions. Median pay gap data helps shed light on that problem, and studies show that companies that disclose pay gaps are more likely to fix them. We are already seeing more company and shareholder support for racial and gender pay gap reporting and industry leaders are starting to emerge. Forward-thinking companies are recognizing that median pay gap reporting will eventually be the norm and they are getting ahead of it now.

Equal Pay Day: Key findings of the report include:

Unfortunately, the COVID-19 pandemic has exacerbated pay inequity, as millions of minorities and women were forced to leave the workforce. One study estimates that women lost nearly 40 years of progress during the beginning months of the pandemic.

Yet, Pfizer, a company that is all too familiar with the challenges of the pandemic, managed to far outpace its peers and top this year’s scorecard. The company provides an example of best-practice pay equity reporting as it discloses adjusted and unadjusted pay gaps and a comprehensive methodology of its pay equity analysis. Within the last year, Pfizer managed to narrow its racial and gender pay gaps and began including executive leadership in its pay equity analysis.

While statistically adjusted gaps provide one piece of the story, median pay gaps are a tougher and more revealing standard. Median pay gaps show how the company assigns value to its employees through the roles they inhabit and the pay they receive.

Actively managing pay equity is a business imperative, as it leads to improved representation, superior stock performance, and higher return on equity. It’s also good for the economy. Citigroup estimates closing U.S. minority and gender wage gaps 20 years ago could have generated 12 trillion dollars in additional national income and contributed 0.15 percent to the U.S. GDP per year. McKinsey projects closing the racial wealth gap could increase GDP by 4-6% by 2028, netting the U.S. economy $1.1-$1.5 trillion.

Arjuna Capital is a sustainable and impact investment firm that works with high-net-worth individuals, families, and institutions to invest their assets with a lens toward Environmental, Social, and Governance (ESG) risk and opportunity.