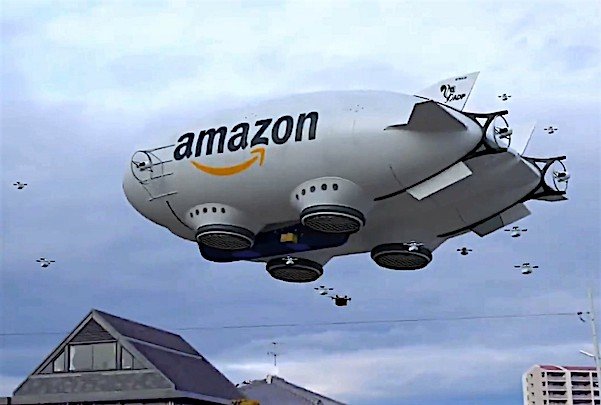 Amazon Plays April Fools Joke with shareholders. I am not laughing. Amazon’s preliminary proxy of April 1 fails to include my proposal and others where Amazon filed no-action requests with the SEC. My proposal is aimed at disclosing the Company’s distribution of stock-based incentives throughout the workforce as a first step in addressing wealth inequality. Failing to disclose pending proposals that may appear on the actual proxy is a deceptive practice that should be forbidden by the SEC.

My proposal asks Amazon.com to issue a report annually on the distribution of stock-based incentives throughout the workforce. My basic concern is wealth inequality but I also want to know what happened to the shares authorized by stockholders to incentivize employees.  I ask that the report include a matrix, sorted by EEO-1 employee classification. As a fallback, Amazon can still satisfy the proposal by simply reporting a matrix of four or more categories, showing aggregate amounts of stock ownership granted and utilized by all U.S Company employees and including associated voting power, if any.

Wealth inequality in the United States has increased dramatically, is widely recognized as a significant social policy issue, and brings many problems, such as political polarization. Employee ownership is key to addressing this social policy in a bipartisan manner.

Providing stock ownership incentives to boards and executives but not to all U.S. company employees has led to glaring inequality. Amazon’s “pay ratio” last year was “small,” 1 to 58, because Mr. Bezos’s “pay” mainly consisted of costs related to security. A similar ratio comparing stock ownership by named executives with those of typical U.S. employees would be much higher at Amazon and nationally at other companies.

From 1973 to 2018, inflation-adjusted wages for nonsupervisory American workers were flat. Meanwhile, a dollar’s worth of stock grew (in real terms) to $14.09. Hourly wages stagnated. Income from capital ownership accelerated. The top 10% of American households earned 97% of capital gains. Typical White families own nearly 10x the average Black family. Single women own only 36% of what typical men own. That gap is greater for women of color. Strengthening employee ownership would help address these inequities.

Amazon recognizes stock ownership as an incentive for directors and named executives, reporting annually on utilization. We ask Amazon to track and disclose similar information and associate voting power for all U.S. employees using meaningful classifications.

Employee engagement and trust are crucial to success. Expanding the Committee’s perspective beyond executive compensation would give them “a better grasp on how human talent matters for the company’s business strategy and operations.” Amazon could benefit shareholders, employees, and the economy by leading on this issue.

Amazon argues that SEC rules allow it to exclude proposals that relate to general employee compensation matters but cannot exclude proposals that concern only senior executive and director compensation. Since my proposal requests that Amazon report incentive shares awarded to employees below senior executives and directors, they argue it should be excluded. They cite a “bright-line” argument upheld before 2003.

However, since 2003 companies have had to get shareholder approval of equity compensation plans before they can be awarded. It would be incongruous and inappropriate to bar shareholders from requesting a report that would provide, in a matrix, the data needed for investors to begin to assess the subsequent impact of their votes on the compensation plans they approved. We should be able to track where those incentive shares went.

If we have any hope of reducing wealth inequality, most of the shares awarded through such plans must go to employees below the named executives and board. However, I suspect that Amazon Plays April Fools Joke all year round by awarding most incentive shares to a small minority, disproportionate to their contribution the Amazon’s success.

I inquired with Amazon why my proposal was left off the preliminary proxy and received the following clarification from their outside counsel:

Consistent with informal guidance from the SEC Staff, the Company has excluded proposals from its preliminary proxy statement for which no-action requests are pending.

That SEC Staff would provide “informal guidance” encouraging companies to leave pending proposals off of preliminary proxies is troubling.

Many shareholders will look at preliminary filings to determine if there are issues that need further examination. That would be especially true of newer types of proposals not covered by existing proxy guidelines, exactly the types of proposals most likely to have pending no-action requests. Shareholders need time to analyze the issues, just as SEC Staff obviously needs time to analyze legal issues surrounding possible exclusion.

Leaving such proposals off the preliminary proxy is a form of deception. While the preliminary proxy was issued long after the March 31, 2022 record date, I believe this omission raises similar concerns to those discussed in Hidden Agendas in Shareholder Voting by Scott Hirst and Adriana Robertson.

Amazon Plays April Fools Joke. Let this be one of a kind. This type of deceptive practice should not be allowed to repeat. If SEC Staff is encouraging companies to leave pending proposals off of preliminary proxies, that practice should cease immediately. In fact, any future Staff Legal Bulletin on proxies should clarify that preliminary proxies should include all items that are pending review for inclusion in the final proxy.