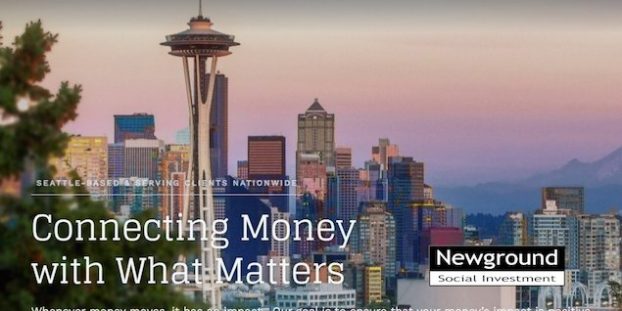 Bruce Herbert on Vote counting, Chevron, and the changing tide of investor awareness. That’s a small fraction of Bruce Herbert’s focus at Newground Social Investment and some of what we will discuss on April 11, @ 11 am Pacific (2 pm Eastern). 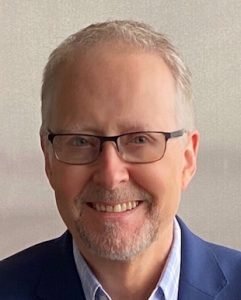 Bruce was an early pioneer in the field of sustainable impact investing and wealth management, with particular expertise in shareholder engagement and advocacy on behalf of institutions and individuals who seek to align investments with their mission or values.

His career began at Merrill Lynch where he developed a focus on responsible investment back in 1986. In 1994 he co-founded and was the first Director of the NW Coalition for Responsible Investment, and also served on the Governing Board of the Interfaith Center of Corporate Responsibility (ICCR). Now in its 50th year, ICCR filed the first-ever social shareholder proposal and created the South African Divestiture Movement.

Newground Social Investment is well-known for its ESG-SRI money management, was the nation’s 1st Social Purpose Corporation, and is now the oldest still-independent money manager with a founding focus on ESG-SRI impact investing. Read about the law in Washington State, California, and my attempt to convert Apple, which won only 3.1%. Maybe it is better to go after a smaller company first.

Before Covid, Bruce and I used to see each other at conferences and it will be great to catch up with him on Monday. Interesting guy – I don’t know anyone else who has movie stars, rock stars and Nobel prize winners present their shareholder proposals at corporate annual meetings. Check out a few videos. 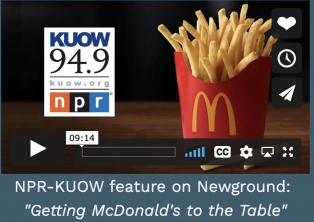 I suggest a small amount of fun & easy “homework” before Monday that will put you in a better position to ask good questions and join the discussion.

Getting McDonald’s to the Table. (Click on the words to the left.)

Featured before on this blog, Simple Majority Vote Counting Initiative for Proxies. How votes are counted matters a lot. It isn’t enough that most corporate elections, like elections in North Korea, only have board-approved candidates on the ballot. Many companies also stack the deck by counting abstentions as votes against shareholder proposals. Bruce has been like a voice in the wilderness on this important issue. Get this fixed and you will go down as a leader in corporate governance history.