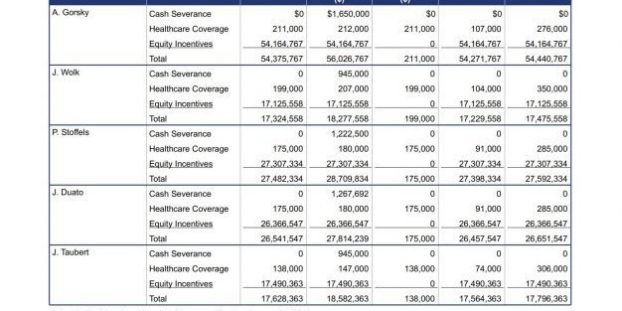 Johnson & Johnson 2022 annual meeting is on April  28, 2022, at 7:00 am Pacific. It is a virtual-only meeting on the Broadridge platform. Of course, I recommend voting in advance, especially since they have made it very difficult to vote at the meeting and maybe even to enter the meeting. To enhance corporate governance and long-term value, vote Against Scott Davis, Ian Davis, Gorsky, Hewson, Joly, Washington, pay, incentive plan, auditor, #6, #11. Vote FOR all other proposals.

Johnson & Johnson researches and develops, manufactures, and sells various products in the healthcare field worldwide. It operates in three segments: Consumer Health, Pharmaceutical, and Medical Devices. Below, is how I voted and why in a much shorter format than I’ve used in prior years since I am pressed for time.

I voted with the Board’s recommendations XX% of the time. View Proxy Statement via SEC’s EDGAR system (look for DEF 14A).

From the Yahoo Finance profile page: Johnson & Johnson’s ISS Governance QualityScore as of April 1, 2022 is 8. The pillar scores are Audit: 7; Board: 8; Shareholder Rights: 4; Compensation: 9.

CEO pay is $26.7M. That is just too high for me. The CEO-to-worker pay ratio was  297:1. I voted against Executive Compensation and members of the Compensation Committee. E-J supports CEO pay but not the long-term incentive plan, so they also recommended against members of the compensation committee.
Additionally, they recommended against board chair Alex Gorsky for poor cybersecurity. I joined in that. PricewaterhouseCoopers LLP has been the auditor for 102 years, so should be considered less than independent.

Proposal #5 was withdrawn. Proposal #6 is sponsored by the right-wing National Center for Public Policy (NCPPR). Although the title sounds positive, the actual language is concerned about discrimination against employees deemed “non-diverse.” I doubt that problem is rampant, so voted against it as a waste of money.  Similarly #11 is sponsored by National Legal and Policy Center, another right-wing organization, although not as deceptive as (NCPPR). I would support reporting all donations of $5,000 and above to Section 501(c)(3) nonprofits and all donations to dark money 501(c)(4) political campaigns.

I am not going through most of the shareholder proposals but will refer the reader to exempt solicitations filed on most of them by fellow members of ICCR.

This proposal from my wife, written by me, simply asks the Board to consider pay and stock ownership incentives of US Company employees when setting targets for CEO compensation. Bank of America, Bristol-Meyers Squibb, and several others this year have embraced this approach.

JNJ explains how it compares pay against peer companies in the proxy and argues it “already contemplates workforce compensation information” when setting CEO pay. They just don’t want to explain how in the proxy.

If we are to continue to groom CEO candidates from inside the Company, shouldn’t JNJ discuss pay and stock ownership in the context of its internal employees, as well as outside competitors?

Context may be helpful when considering your vote. Former CEO, Alex Gorsky was paid $30M last year. $16M in excess pay, according to HIP Investor’s regression analysis, comparing CEO pay to performance. 43% of shares voted against pay last year. That’s a record matched only by 32 of the S&P 500. And CEO pay at JNJ was 365 x median employee pay. Higher than at most companies. See The Most Overpaid CEOs.

There’s a strong correlation between overpaid CEOs and underperforming companies. Promoting from within is associated with higher performance.

Since our Company “already contemplates workforce compensation information” when setting CEO pay, why not just tell us how that is done?

I was delighted to see E-J recommend FOR: “Pay disparities in companies, in our view, could bring operational risks and reputational damage that is detrimental to shareholder value,” with similar comments in support by Trillium.

Vote FOR Proposal #14. CEO Compensation and Employee Compensation should be aligned. Describe that alignment in the proxy.

Lookup a few funds in our Shareowner Action Handbook to see how several funds have voted. I will be on the road but you can check back 5 days before the meeting. Several will have disclosed by then.