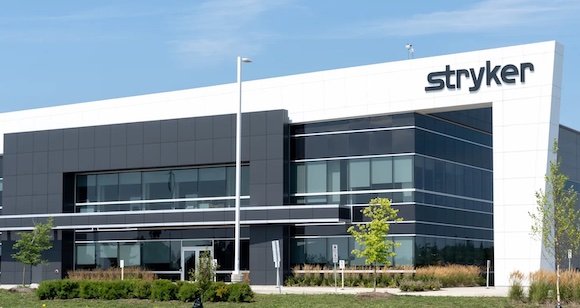 Stryker 2002 annual meeting is on April  25, 2022, at 6:30 am Pacific. It is a virtual-only meeting on the Broadridge platform. I recommend voting in advance. To enhance corporate governance and long-term value, vote Against Golston, Brainerd, Caforio, McCoy, auditor, pay; FOR enhanced proxy access.

Stryker Corporation operates as a medical technology company. The company operates through two segments, MedSurg and Neurotechnology, and Orthopaedics and Spine.  Below, is how I voted and why in a much shorter format than I’ve used in prior years since I am pressed for time.

I voted with the Board’s recommendations 46% of the time. View Proxy Statement via SEC’s EDGAR system (look for DEF 14A).

Stryker Corporation’s ISS Governance QualityScore as of April 1, 2022, is 5. The pillar scores are Audit: 9; Board: 7; Shareholder Rights: 4; Compensation: 3.

Calvert voted against Chair Lobo because the company does not release its EEO-1 reports. CEO pay is $16.4M. That is just too high for me. Median pay rose to $14.2 million last year for the leaders of S&P 500 companies, up from a record $13.4 million for the same companies a year earlier, according to a Wall Street Journal analysis of pay data for more than half the index from MyLogIQ LLC. If CEO pay keeps ratcheting up, our GDP will tumble. Every dollar to the top reduces GDP, whereas every dollar to the bottom raises GDP/ The CEO-to-worker pay ratio at Stryker was 213:1. I voted against Executive Compensation and members of the Compensation Committee.

Calvert voted against the auditor for excessive non-audit fees that compromise independence. I agree. Another reason to vote against is that after 48 years of auditing, I question how independent Ernst & Young LLP remains.

With regard to proposal #4, asking for shareholders to amend proxy access terms: The proposal was written by me; submitted by my wife Myra Young, so of course, we voted in favor.

Calvert notes: A vote FOR this proposal is warranted as the proposed elimination of the 20-shareholder aggregation limit would improve the company’s existing proxy access right for shareholders.

Management argues “the group aggregation limit of 20 shareholders, reflects best practice and strikes the appropriate balance between enhancing shareholder rights and protecting the interests of all of our shareholders.” However, in the long history of proxy access at hundreds of companies, proxy access has only been used once. In that case, a founder with substantial holdings was able to use it to reclaim a seat on the board.

The problem with the existing “best practice” standards is that large shareholders of Stryker, such as BlackRock and State Street, are largely passive based on a model of providing indexed funds at a low cost.

A cost-benefit analysis by CFA Institute on an SEC rulemaking proposal that contained no group limits found proxy access would “benefit both the markets and corporate boardrooms, with little cost or disruption,” raising US market capitalization by up to $140.3 billion. None of the additional capitalization has been realized because of the group of 20 limits adopted by issuers like Stryker.

The mere possibility of proxy access is likely to raise Stryker’s market cap. Voting FOR proposal #4 to eliminate that group limit will ensure our Board more conscientiously represents shareholders, even if it is never used.

Proxy Insight had not reported any votes when I last checked.

If you can wait until about 5 days before the meeting, I advise looking up a few funds in our Shareowner Action Handbook. Several funds will have reported their votes by then.

Under the rules of the SEC, if you would like to submit a proposal for inclusion in the proxy materials for our 2023 annual meeting, the proposal must be received by our Vice President, Corporate Secretary at 2825 Airview Boulevard, Kalamazoo, Michigan 49002 on or prior to November 23, 2022. The inclusion of any proposal in the proxy statement and form of proxy for such meeting will be subject to applicable SEC rules.