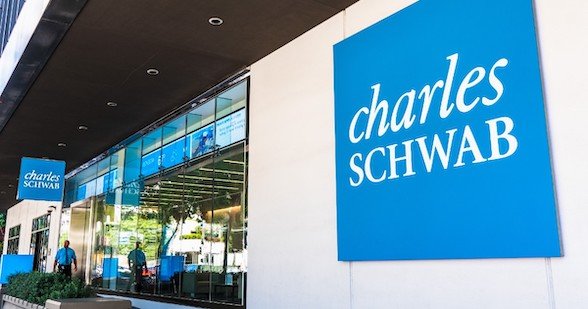 Charles Schwab 2022 annual meeting is on May 17, 2022, at 11:30 am Pacific. It is a virtual-only meeting. Of course, I recommend voting in advance, especially since they have made it very difficult to vote at the meeting and maybe even to enter the meeting. To enhance corporate governance and long-term value, vote Against Ellis, Sneed, Levitt, auditor, pay, and illusionary proxy access. Vote FOR real proxy access and lobbying expense reporting.

The Charles Schwab Corporation, together with its subsidiaries, provides wealth management, securities brokerage, banking, asset management, custody, and financial advisory services. The company operates in two segments, Investor Services and Advisor Services. Below, is how I voted and why in a much shorter format than I’ve used in prior years since I am pressed for time.

I voted with the Board’s recommendations 62% of the time. View Proxy Statement via SEC’s EDGAR system (look for DEF 14A).

The Charles Schwab Corporation’s ISS Governance QualityScore as of April 1, 2022, is 9. The pillar scores are Audit: 8; Board: 10; Shareholder Rights: 10; Compensation: 8.

CEO pay is $22M. That is just too high for me. The CEO-to-worker pay ratio was 201:1. I voted against Executive Compensation and members of the Compensation Committee (Paula Sneed and Brian Levitt). I agreed with E-J, which noted that Stephen Ellis has served on the board for 10 years, so should no longer be considered independent.

Of course, I voted in favor of the Board’s proposal #2 to declassify. The Board was prompted to submit this proposal as a result of my advisory proposal last year that was supported by over 68% of the shares. I voted AGAINST the auditor, agreeing with E-J. After 46 years, Deloitte & Touche should no longer be considered independent.

I voted AGAINST proposal #6 because by setting a group limit of 20 members, the Board’s proxy access proposal is illusionary.

With regard to proposal #7, asking for shareholders to have the right to proxy access – Egan-Jones notes: “shareholders should have the right to nominate their own representatives.” The proposal was written by me (James McRitchie), so of course, I voted in favor. This is simply good governance. Almost 80% of the S&P 500 have embraced proxy access.

As the proposal states: “the most essential feature requested is that shareholders forming a nominating group not be limited with regard to the number in a participating group.”

As cited in the proposal Proxy Access in the United States: Revisiting the Proposed SEC Rule, a cost-benefit analysis by CFA Institute, found proxy access would “benefit both the markets and corporate boardrooms, with little cost or disruption,” rising US market capitalization by up to $140.3 billion.

That estimate was based on proxy access having no limit with regard to the number in a participating group. The vast majority of companies have limited groups to a maximum of 20 members. As a result, proxy access has only been used once, to return a founder to the board. The anticipated economic benefits of proxy access have failed to materialize.

The Board contends, “The company’s proposed limit of 20 members of a group owning 3% of the company’s issued and outstanding shares means that 20 stockholders, each of whom own only fifteen-hundredths of one percent (0.15%) of the company’s outstanding shares, could form an eligible group.” However, such a scenario lacks credibility. The vast majority of those top stockholders have a business model based on low-cost indexing. They have never filed a shareholder proposal, so are highly unlikely to form a group to use proxy access, a more time-consuming and expensive activity.

The deceptive Board opposition statement also notes that the Board’s “procedural safeguards relating to the administration of proxy access that are missing from the McRitchie Proposal.” Of course, shareholder proposals are advisory and are limited to 500 words. The Board’s proxy access proposal contains more than 4,200 words and their explanation is over 2,000 words. Yes, 6,000 words allow the Board to go into more detail. If my shareholder proposal passes, the Board is free to adopt the proposal, reject it, or adopt it with amendments.

With a word limit of 500 words, it is impossible to specify those “procedural safeguards,” which I embrace. The key is not to limit participating group members to 20 stockholders. Including a 2o-member group limit does not provide a proxy access right, it provides a proxy access illusion. Vote AGAINST proposal #6, illusionary proxy access, FOR proposal #7, real proxy access. Only real proxy access will motivate current directors to work on behalf of shareholders to avoid a contested election.

Of course, I voted For proposal #8 asking the Board to disclose lobbying expenses. I have submitted many similar proposals.

Proxy Insight had reported the votes of 5 funds when I last checked. All voted FOR both shareholder proposals. 4 voted AGAINST pay; 3 voted against Levitt and Sneed.

In looking up a few funds in our Shareowner Action Handbook, I see several funds have reported their votes. Of interest, CalSTRS voted against Adams, Ellis, and the auditor. NYC Comptroller voted aginst pay, Levitt and Sneed. Norges voted against Sarin as overboarded. Trillium voted against all the directors, pay, and stock plan.

If you want us to consider including a proposal in our proxy statement next year, you must deliver it to the Corporate Secretary at the company’s principal executive office no later than December 2, 2022. If you want to submit a proposal for action at next year’s annual meeting that is not to be included in our proxy statement, pursuant to our Bylaws, you must deliver it to the Corporate Secretary no earlier than February 16, 2023 and no later than March 18, 2023, and such proposal must be, under the Delaware General Corporation Law, an appropriate subject for stockholder action.