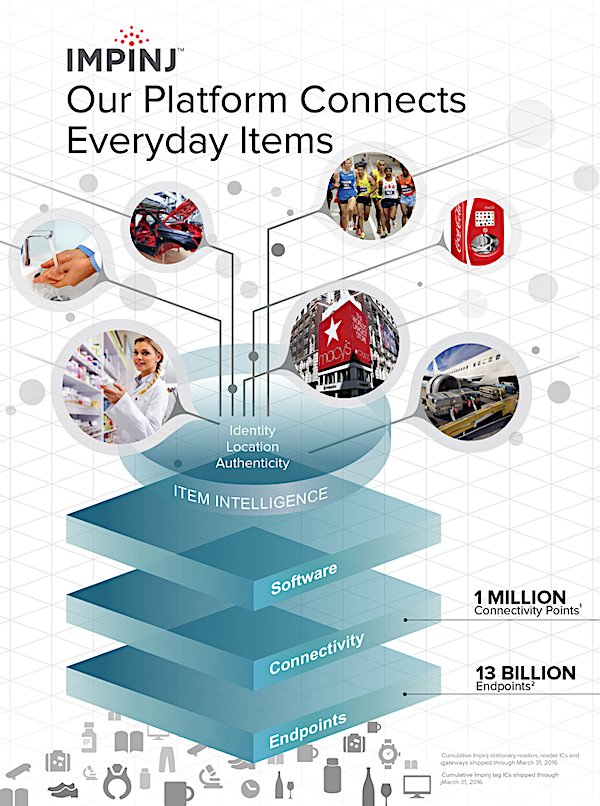 Impinj 2022 annual meeting is June 9, 2022, at 9:00 am Pacific. It is a virtual-only meeting on the Lumi platform, requiring street name shareholders to obtain a “legal proxy.” I doubt anyone will go through that bother. Of course, I recommend voting in advance, especially since many companies cut off voting as soon as proposals have been presented. To enhance corporate governance and long-term value, vote Against Gibson, Padval, Sanghi, Pay. Vote For #5 Amend Proxy Access.

Impinj, Inc. operates a cloud connectivity platform in the Americas, the Asia Pacific, Europe, the Middle East, and Africa. Its platform, which comprises multiple product families, wirelessly connects individual items and delivers data about the connected items to business and consumer applications. Below, is how I (James McRitchie) voted and why.

I voted with the Board’s recommendations 44% of the time, so Proxy Score 44 out of 100. View Proxy Statement via SEC’s EDGAR system (look for DEF 14A).

From the Yahoo Finance profile page: Impinj, Inc.’s ISS Governance QualityScore as of May 1, 2022, is 7. The pillar scores are Audit: 5; Board: 8; Shareholder Rights: 3; Compensation: 8.

CEO pay at $5.9M is too high for a small-cap company. I voted AGAINST Executive Compensation and the only member of the Compensation Committee (Padval) up for election.
Ernst & Young LLP has only been the Impinj auditor for 2 years, so should be considered independent. More information above is in the write-up from Calvert.

As my proposal #5 on proxy access states: “the most essential feature requested is that shareholders forming a nominating group not be limited with regard to the number in a participating group.”

As cited in the proposal Proxy Access in the United States, a cost-benefit analysis by CFA Institute, found proxy access would “benefit both markets and boardrooms, raising US market capitalization by up to $140 billion.

The Impinj Board filed a weak form of proxy access bylaws after reviewing my proposal, limiting nominating groups to 20 shareholders. The opposition statement contends shareholders now have “a robust proxy access right.”

However, such a statement lacks credibility. Most of our top stockholders have a business model based on low costs. They’ve never filed a shareholder proposal, so are highly unlikely to go through the expense of proxy access.

The CFA study estimating a $140B rise in market cap was based on proxy access having no limit on the number in participating groups. The Board’s opposition statement says proxy access should be limited to “appropriately sized group of stockholders.” As a result of similar widespread limitations, proxy access has only been used once — to return a founder to a board. The anticipated $140B in economic benefits has failed to materialize.

In looking up a few funds in our Shareowner Action Handbook, I see few funds have reported their votes. However, if you check back on June 6th, you will probably find several.