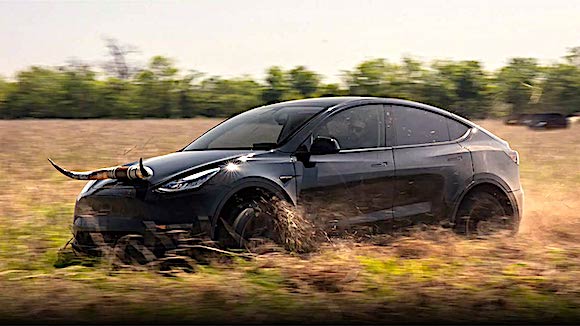 Tesla 2022 annual meeting is August 4, 2022, at 2:30 am Pacific. It is hybrid, both live and virtual, on the Computershare platform. Of course, I recommend voting in advance, especially since they make it difficult to vote at the meeting and maybe even to enter. Enhance corporate governance and long-term value. Vote Against both directors, 2-year terms, and the auditor. Vote FOR all other items.

I also recommend participating in the Tesla 2022 Shareholder Meeting Preview.

Tesla, Inc. designs, develops, manufactures, leases, and sells electric vehicles, and energy generation and storage systems in the United States, China, and internationally. Below, is how I voted and why.

I voted with the Board’s recommendations 7% of the time. View Proxy Statement via SEC’s EDGAR system (look for DEF 14A).

Read Warnings. My recommendations are for voting the proxy to enhance corporate governance and long-term value.

Thanks to Calvert and Trillium for announcing their votes in advance. I cribbed from them and also from PIRC.

Tesla’s opposition statement says the Board recognizes proxy access is a topic of growing interest in the investor community. Unlike 79% of the S&P 500, our Board has failed to adopt any provision to provide shareholders with a real voice in directly nominating board members — our representatives in Tesla’s corporate governance. Instead, the Board promises to continue to monitor the topic.

Tesla further argues our proposal provides no safeguards against corporate raiders to effect a change of control. Nonsense. Our proposal is limited by law to 500 words. It simply asks the Board to allow long-term shareholders who have owned at least 3% of Tesla continuously for 3 years or more to be able to nominate directors. Nothing in the proposal is binding. If passed, it is up to the Board to add necessary safeguards, as boards have done at hundreds of companies with proxy access.

Getting more than 50% of the shareholder vote may mean little at Tesla. Our proposal to eliminate supermajority requirements at Tesla won 56% of the vote at our 2020 meeting, yet we are still voting on it this year. Are insiders at Tesla voting to block adoption? Our proposal to declassify the Board won 55% at the 2021 meeting. Yet, the Board now wants a halfway measure. How large of a majority is required to move our Board to action? Because of the Board’s halfway measure, proxy advisors ISS and Glass Lewis recommended against the directors up for election at this meeting and against the halfway measure toward declassifying the Board.

As stated in the proposal, two of our largest shareholders, BlackRock and Vanguard, voted in favor of 87% and 91% of shareholder proposals to establish proxy access during the last 3.5 years. Proxy advisors ISS, Glass Lewis, and Egan-Jones all recommend a vote For. Cut the bull. Give shareholders a direct voice in nominating directors. Vote For Proposal #6. Proxy access is long overdue.

In looking up funds in our Shareowner Action Handbook, I see several have reported their votes.