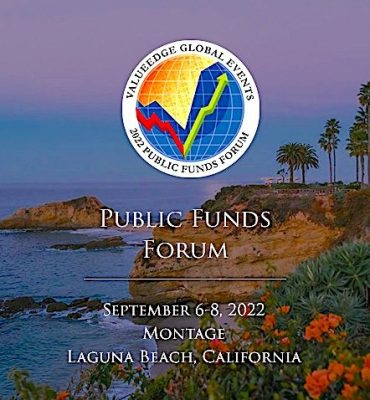 Musings; not all of mine got mentioned at the Forum. I had the distinct pleasure of being a panelist at the Public Funds Forum 2022 with Maine’s Treasurer Henry Beck and David Wescoe, Executive Director of the Texas Municipal Retirement System. Our topic was Best Practices in Fund Governance.

I thought of several missed points as soon as I stepped off the small stage. Below is what I wanted to discuss with a few helpful links.

Some funds allow plan participants to select trustees. Be mindful; this can lead to very costly election contests. Recent campaigns for the CalPERS board, for example, have involved independent expenditure committees raising up to $500,000 in a single election cycle. Getting big money out of pension fund elections will probably take a Constitutional amendment, as recommended by Robert A. G. Monks in his book, The Emperor’s Nightmare: Saving American Democracy in the Age of Citizens United.

One small measure I took to try to level the playing field at CalPERS was to initiate candidate forums conducted by an independent third party, the League of Women Voters. I rented a hall the first year and borrowed the CalSTRS auditorium the second. Now CalPERS holds the forums and posts them on its website. This year’s forum for the seat elected by retirees was held online while I was at the conference. Of course, motivating members to vote is critical. In the latest race for the seat elected by public agency members, less than 5% of those eligible actually voted. (history)

I also suggested to CalPERS they could save up to $1M per election cycle by using instant runoff voting (IRV), instead of holding runoff elections if none gets a majority vote. Another advantage is reduced acrimony since candidates will not want to alienate voters who view them as their second choice. I will, again, work with the current board to try to make this reform happen for the next series of elections.

I considered running for the CalPERS board in 2022 and posted some more musings on that topic.

The INDEX Act would prohibit any fund which is more than “40% Indexed” — or which makes claims about being passively managed — from voting proxies if the advisor (considering all its total advised assets), owns more than 1% of an issuer’s shares. The exception would be for those voting based on specific instructions from the underlying individual shareholder. Further, to collect that voting intention, they have to guarantee that they have delivered voting materials to all shareholders and can only vote on what responses they get back. While the Index Act, in its current form, would not apply directly to public funds, the movement to require at least surveying investors/beneficiaries is expected to gain popularity.

Even if not required, surveying members offers both an opportunity to educate them on the issues and to learn if a fund’s voting policies are aligned with member values. Several companies are developing tools primarily aimed at helping retail shareholders vote that could also be adopted by funds. Thoughts on this topic? Please share with me below in the comment section or by email. My musings on activating proxy voting appear frequently throughout this blog. Search MoxyVote and ProxyDemocracy. A few examples of current efforts follow:

I’m on the Investment Committee of the California State Retirees. My purpose is not only to not only increase the organization’s returns but also to shape their lobbying efforts with CalPERS. The more retirees know about investments and proxy voting issues, the better they will be positioned to monitor and influence the CalPERS Board.

We are currently evaluating an offer by iconik to set up a voting policy based on answers by the organization’s board members to a brief values survey. Our proxies would then be automatically voted based on the survey and, of course, could be overridden if we disagree with any. Currently, our proxies go unvoted because it is not worth the effort to vote manually. The cost of voting through iconik is a very small fraction of hiring a proxy advisor. Already, the process is helping the organization explore its values and take more of an interest in how CalPERS votes. The following is directly from iconic:

Public funds are increasingly under pressure to align their investments with the values of their stakeholders. iconik helps public funds meet this demand through the power of the proxy, giving funds a stronger voice in the companies they invest in.  Our services fall into two categories:

Customized, Automated Shareholder Voting:  through iconik, funds can easily create customized voting profiles that automatically vote shares to match values.  As shares are voted, iconik reports the impact the fund is having in the areas it has weighed in on, for example, climate change proposals passed or executive compensation plans rejected. It works with every brokerage/custodian.

Investor Engagement:  investors want their voices to be heard.  iconik allows funds to easily poll investors on the key environmental, social, and governance issues of our time.  As new issues emerge and key votes arise, investors have an opportunity to weigh in.  Fund managers and stewards can use this data to better understand their investor base, make adjustments to investment and voting decisions, and demonstrate their commitment to empowering their members.

Another startup company primarily aimed at activating retail shareholders but which may be worth a look by small funds is a brokerage. Fennel is aiming to be something like Robinhood but without selling order flow or allowing the purchase of fractional shares. Their emphasis will be on advocacy by providing access to several ratings by other providers on ESG and other issues. Investing and using your shares to make a better world will be the driving points. It will have very low fees and will provide automated proxy voting at a minimal cost.

Civex: have an impact with companies on issues that matter to you

Civex will allow anyone with an ownership interest to collaborate on issues they are passionate about, pool their collective voting power, and drive change.  Users who engage with the platform will identify their values/issues important to them, build community, and align with influencers (such as CorpGov.net) who are close to the corporations and able to drive change. Not only will this democratize corporate governance, but it will also disrupt the current and archaic proxy advisory service construct, which doesn’t meet today’s needs and is wrought with conflicting interests.

The IMF finds GDP growth 0.08% lower in five years following a 1% increase in the concentration of wealth. Increasing the share of income to the bottom 20% by 1% is associated with a 0.38% rise in GDP. (Causes and Consequences of Income Inequality: A Global Perspective)  Of course, this is the opposite of the old trickle-down pablum we were fed by politicians while decimating worker rights and voices. We need to move pay and stock (with votes) from executives to workers to grow portfolios, economy, voice, and the wealth of workers.

If businesses were 30% employee-owned, wealth going to those with below-median wealth would increase from 1% to 6% of total wealth. The net wealth of the average black family would increase by more than 400%, from $24,100 to $106,271. (Employee Ownership and Wealth Inequality: A Path to Reducing Wealth Concentration) Realistically, we are unlikely to reach 30% employee ownership during my short remaining life, so I am targeting 5-10%.

Wealth inequality is directly correlated with political polarization. The government’s ability to act depends on addressing this problem.

Investors have voted on corporate equity plans since 2003.  Institutional investors evaluate the dilutive impact of plans but don’t often consider who will benefit (mostly “named executives” and board members). Companies do not routinely report where those shares go below the level of named executives and board members. Investors could request such reports. That would encourage them to broaden equity plans to include more workers, which would increase profits, the economy, and our tax base.

I tried to do that this year through shareholder proposals. Unfortunately, SEC Staff ruled these proposals, such as the one submitted to Proctor and Gamble, exempt under i-7, ordinary business. Still, I’m hoping to pursue this strategy and would welcome allies.

If your funds are largely indexed or broadly diversified, try overweighting companies placing high on Just Capital’s rankings, Fortune’s 100 Best Companies to Work For and its 100 Best Medium Workplaces, the Gallup Engagement Index, and the Enterprise Engagement Alliance. If your fund is investing in private equity, consider first those investing in employee ownership. Employee ownership and involvement is positively correlated with higher productivity.

Musings: In 1975 intangibles made up about 15% of the average company’s value. Now 85% are intangibles. Invest in companies that invest in their workers. That’s where the real value is.

Follow Value Edge Advisors. Contact them to be notified of future events. CorpGov.net also has “events” but ours are held over the internet. Register for our upcoming corporate accountability forums. You can attend at your desk or on the phone. Musings on a variety of subjects are shared and discussed.

Kokkinis and Sergakis: Employee Participation in UK Companies – Lessons for US