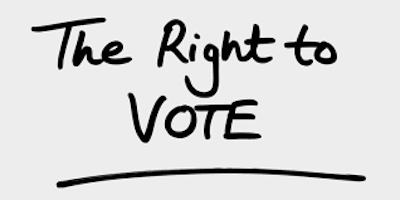 No Time to Vote According to ICCR Survey

No Time to Vote, that’s my conclusion after reviewing data collected by the Interfaith Center on Corporate Responsibility (ICCR) from some of its members attending annual shareholder meetings so far in 2022. ICCR maintains an online survey that can be filled out by those attending annual meetings. I paraphrased the relevant question below and eliminated duplicates and many surveys where the question was not answered.

The ICCR survey documents that 10 out of 31 companies allowed 0-10 seconds to vote at annual meetings after proposals were presented. 5 allowed up to 30 seconds. 6 allowed 50-60 seconds and 10 allowed 2 minutes or more to vote.

No Time to Vote but Severe Penalty for Failing to Present

Fail to present your shareholder proposal?

SEC Rule 14a-8(h) prohibits a shareholder from filing at a company for the next 2 years if they fail to present their proposal.

There is no penalty. That lack of penalty for denying the right to vote makes a mockery of the presentation requirement and of the entire concept of an annual meeting.

No Time to Vote: Advance Notice

Annual meetings are governed by state law. The SEC has little authority over the conduct of those meetings. However, the SEC does have rules specifying many of the items included in a proxy. Any corporate law attorneys out there? Are companies required to disclose how much time they will allow between the presentation of proposals and closing the election polls? If there is no such requirement, shouldn’t there be one?

Shareholders should have the right to vote at annual meetings and to change their votes based on discussions presented at the meeting. If this is an issue of concern, please contact me. Let’s work together to ensure allowing no time to vote is illegal or at least presents a potentially serious reputational risk.

No Time to Vote: Other Views

John Jenkins of TheCorporateCounsel.net notes: “With many more eyes on what happens in the meeting than there used to be, fairness points like the one Jim raises will become an increasingly important factor in how investors perceive a company.”

Carl Hagberg, probably the best-known inspector of elections, provides more fulsome advice to issuers in How And When To Properly Open And Close The Polls.

Here is Hagberg’s set up in the Optimizer: “Imagine our consternation when we reviewed the script for an upcoming Meeting at a major company – with eight proposals on the agenda – that said, “We will pause for five seconds to allow you to vote or change your vote online.” Yikes! While yes, five seconds of silence can seem like an eternity, it is physically impossible to review and potentially change one’s votes at a VSM in a mere five seconds. What to do???”

He follows with excellent advice that provides 10 minutes to vote with no awkward silence or meeting delay.

Carl Hagberg, How And When To Properly Open And Close The Polls, John Jenkins, Optimizer, theCorporateCounsel.net