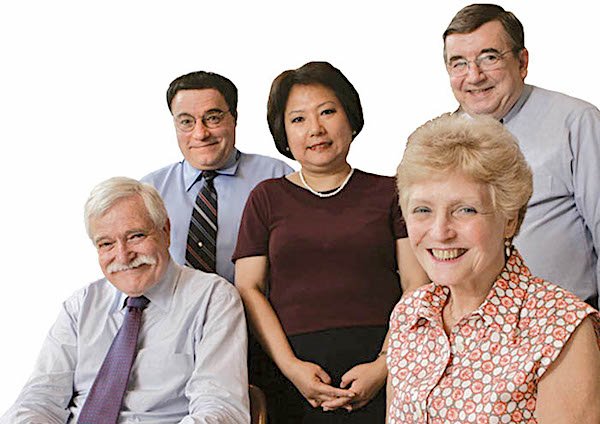 The following guest post originally appeared as a 2019 supplement to The Shareholder Service Optimizer. See Publishers Note at the bottom of this post for more details on how it was changed and how it is relevant to both issuers and employee shareholders.

Employee Shareholders: Get Out the Vote (GOTV)

Carl Hagberg: For many a year your principal concentration has been on shareholder voting as it applies to employee plans. And, as everyone knows, employee shareholders have not been untouched by the general apathy toward proxy voting. In fact, they vote at far lower levels than ordinary individual investors do. What would you suggest as key steps a company might take to more successfully engage its plan participants in the voting process?

Ellen Philip: I have a number of ideas, but my key suggestion for companies fortunate enough to have a substantial shareholder base in employee plans would be to exploit as fully as they can the incredible opportunity made possible by the internet to engage and motivate a group with focused interests, such as their employee shareholders. I use the word “fortunate” because, with plan participants, companies have ready access to something that gives them incredible leverage at a very low cost: It’s the voters’ email address.

Very often in recent years, many a hotly contested issue has been passed, or defeated, by a paper-thin margin. It seems clear that for many companies a special effort applied to truly engage their employee shareholders – winning their enthusiasm and support – could pay off very handsomely indeed. For example, if you have 6% of your shares in employee plans, and can get half of your employee shareholders to vote, instead of the usual 5%-10% or less, you can pick up almost three full percentage points of overwhelmingly favorable votes for management recommendations. If you have 10% employee ownership, and only half of the employee shareholders vote – which seems a very modest and easily achievable goal to me – you can pick up an extra five percentage points of favorable votes!

Carl: So what concrete steps would you suggest?

Ellen: To anyone involved in a company’s employee shareholder voting effort I’d say, begin the communication process right now, before the proxy season gets underway, before anyone has dreamed of a record date.  Right now – before you have a dozen more urgent meeting issues on your hands – is when you have the time, and the luxury to think outside the box. You’ll be able to put fresh ideas in place and break from routines that have clearly reached the point of diminishing returns.

Another thing I’d advise: Set a high goal – like having at least half of all employee-owners voting. Think about promising to donate $1 – or maybe $5 – to a popular charity for every employee who votes. And maybe adding a nice bonus if the 50% voting objective is achieved. And think about periodically reporting on progress in reminder emails as a way to get to the goal.

Six months ago, we shared the OPTIMIZER’s story about rewards for votes, and the amazing 49% increase in voting that one company achieved over two years, with a long-term client company of ours. They jumped on the idea and began making plans immediately. We have high hopes that this company, and others, will put the donation-for-a-vote strategy into practice for the spring 2020 meeting season, and will achieve similar success.

Carl: I find it encouraging that the two of us, from an older generation, if I may say so, can talk so enthusiastically about the importance of the internet in the context of proxy voting. Can you tell us more about what you’ve been thinking?

Ellen: It’s true enough that my professional instincts were shaped in a different era, so I’m slow at times to catch on to a new idea. But what has struck me forcibly is a particular benefit the internet provides – something apart from making it possible to offer efficient and low-cost voting mechanisms: The internet opens the door to a rich and seemingly endless range of ways to communicate with employees – at a very low cost. They’re things that are common to anyone who uses the internet – video streaming to give but one example.

I’m excited to see this relatively new communication weapon in the hands of those who plan and manage a company’s voting process. To them, I’d say something that should be obvious by now: If you want a different level of response from your plan voters; if you want to see them motivated and more engaged, you’ve got to throw a different element into your communication mix. The internet, and what it makes possible, gives you a wide range of sensible choices. Another thing I’d say is, “Don’t get bogged down in technical issues – and don’t think of this as a ‘difficult’ or a ‘time-consuming process.’

At Ellen Philip Associates (EPA) we have all the tools you need to reach your employee shareholders over the internet – and to get their attention – and to stimulate and facilitate their action – all on the shelf, well-tested and ready to go. Yes, there is a bit of extra work – especially if, like most companies, you have several employee ownership plans, with different trustees and record keepers. But we have been doing this for decades. We can jump right in and run with the ball, with only a minimal amount of work on your part.

Ellen: I’d suggest a video featuring the CEO – no more than five minutes long, with a brief update on important issues – and important opportunities the company faces. Very importantly, it should try to leave every viewer fully aware that his or her vote really does matter: There could be any number of reasons for apathy among employee shareholders. One of the principal reasons for apathy is that, by and large, nobody has taken the trouble to really convince them that their votes really matter. Each vote can make a difference.  Companies really pay attention to votes cast – even when votes don’t follow the official company line. One-liners on a proxy card – “Your vote is important”- don’t come anywhere near to doing the job.

The kickoff video should not miss the opportunity to mention confidentiality, an issue that’s very important with an employee-plan audience. It should make clear that plan participant votes are held in confidence by the trustee and by the tabulator, and that there’s no way management could learn how any employee voted on any particular matter. Another key element is to allow recipients to go immediately to the voting site, with a single click, and to vote then and there. Yet another huge advantage of the internet is that you can send reminders to employees who have not yet voted, and on how your vote-getting campaign is coming for practically nothing!

Carl: Any more ideas on how an employee-plan audience might be engaged?

Ellen: Yes: It occurs to me that I’ve never met anyone who’s not been gratified when the boss shows what they believe to be a genuine interest in their concerns and ideas. There’s a dynamic in the working relationship, it seems to me, that companies can and should be taking greater advantage of. So there is a good opportunity here for two-way communications between top management and ordinary employee shareholders. Ask yourself, “What sort of things would you ask about, or tell your big boss about if you found yourself sitting down to dinner with your C.E.O. or C.F.O.?” I’m sure this is something that many an employee has thought about doing, in fantasy. It’s a question that provides an opening for an exchange of information that’s truly engaging.

And, when you think of it, having an actual dinner with one or two members of the company’s top brass doesn’t have to remain sheer fantasy either. It could be made real, as top prizes in a lottery open to every plan participant who exercises his or her right to vote.

This interview originally appeared as a 2019 supplement to The Shareholder Service Optimizer. The article remains timely. If issuers took Ellen Philips advice, maybe employee shareholders are now voting more than 5-10% of the positions. I modified the interview slightly to optimize its location through internet searches on the term “employee shareholders.” So, I (James McRitchie) added headings with that phrase and changed mentions of employee investors, etc to employee shareholders. My intent is simply to make the article more readily accessible. Read the original here.

Kokkinis and Sergakis: Employee Participation in UK Companies – Lessons for US