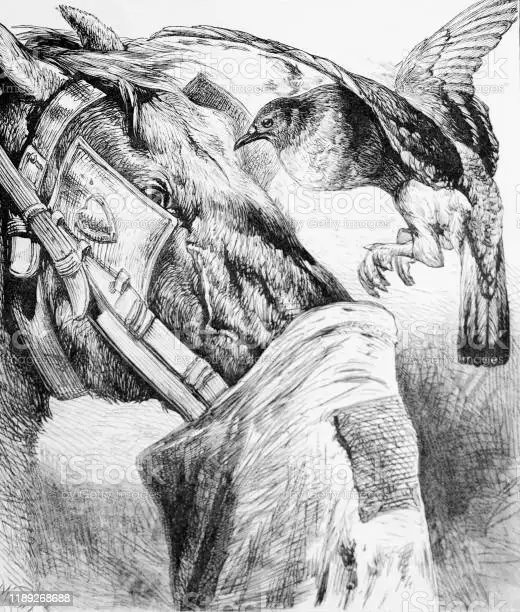 Many thanks to Rick Alexander and The Shareholder Commons for allowing me to play a small role in opening up a new legal battle. The Meta lawsuit contends that directors of Meta Platforms, formerly Facebook, must consider the effects of its commercial activities on the portfolios of Meta shareholders, not just Meta’s short-term profits that may drive director pay. The Meta lawsuit asks directors to look beyond their own feedbags to their wider corporate governance responsibilities.

Meta shareholders also own shares in other companies. Winning the Meta lawsuit would mean that directors would need to guard against externalizing costs onto other corporations. If Meta’s directors owe a fiduciary responsibility to its shareholders to avoid profiting at the expense of their broadly diversified shareholders, harms to society and a salubrious environment will also be reduced. However, the Meta lawsuit does not claim stakeholders, society, or the environment are owed fiduciary duties. It only asks that fiduciary duty recognize the realities of modern portfolio theory (MPT).

Yes, Meta shareholders have earned money if they have owned shares for several years, but Meta has also taken actions that promote violence, destabilize well-functioning democracies, undermine the rule of law, and ultimately hurt the diversified portfolios of its shareholders, according to our Meta lawsuit. Market externalities cost society about $2.2 trillion each year. The whole system is at risk if directors increase corporate value idiosyncratically at Meta but depress portfolio values systematically for most of its stockholders.

Defendants have lost sight of the fact that their obligation to increase the value of Meta is to be undertaken in the context of its stockholders, most of whom are broadly diversified. Instead, the Board has focused on increasing the wealth of Mark Zukerberg and directors who have highly concentrated investments in Meta. In short, Meta’s insiders have placed their short-term financial interests above the long-term interests of their diversified shareholders. Recognizing fiduciary duties to shareholders within the context that most hold other stocks as well as Meta will also better align the board with the values of democracy and a salubrious environment as secondary benefits.

A broad interpretation of fiduciary duty recognizes that most shares are held in the portfolios of universal owners. For years, fiduciary duty has been moving toward the Long-Term Rule, establishing the notion that to protect most stockholders and the corporation from directors who represent a particular faction in the stockholder base, such as venture capitalists seeking a quick exit, directors must take the long view, except in unusual circumstances.  The typical corporation relies permanently on the capital provided by its stockholders. Therefore, a long-term perspective best represents the interests of the corporation.

Fiduciary standards of directors evolved in a time when most shareholders were direct investors in a few issuers. Today, most stock is held by large diversified institutional investors on behalf of individuals. In the UK and USA, twenty institutional investors are the custodians of 55% of all publicly traded stock. (Lukomnik and Hawley, L&H p. 19) Individuals used to invest in a few companies and be involved in governance to ensure against risk. With the advent of MPT, idiosyncratic (firm-level) risk was addressed through diversification.

It was a little like viewing the solution to pollution as dilution in the environment or bundled loans in finance. The consequences of failure become that much larger. We are now witnessing similar irresponsibility on climate change, microplastic, microbial resistance, and a host of other systematic problems.

Capitalism in the Balance

Some companies, like Meta, may be large and/or influential enough to bring down the whole system. 43% of humanity uses Meta’s platforms. Like/anger buttons and algorithms are designed to keep users coming back to the sites day after day to drive revenue. That systematically boosts content that is polarizing, misinformation, and just plain angry. Users are sent down dark rabbit holes of political extremism. Body dysmorphia and a host of other ailments have been raised by Meta shareholder proposals but are ignored by the Board.

Milton Friedman famously wrote, “there is one and only one social responsibility of business—to use its resources and engage in activities designed to increase its profits so long as it stays within the rules of the game, which is to say, engages in open and free competition without deception fraud.” However, computing power increased a trillion times between 1956 and 2015. (L&H p. 19) Robert Monks’ Nightmare points out Friedman’s guardrails failed to account for externalizing costs. Additionally, corporations have been using revolving doors and political payments to change the rules. It is easy to live by the rules if you set them. The US Chamber of Commerce spent $1.7B on lobbyists between 1998 and 2020 and the Koch-controlled Freedom Partners paid $2B (Nightmare, p. 2)

In short, the Meta lawsuit recognizes the cost of protecting idiosyncratic investors like Mark Zuckerberg means controlling the future and that requires de-democratization. Widely diversified shareholders, taxpayers, social cohesion, and a salubrious environment suffer the consequences of fiduciaries that look myopically at their own company in isolation.

Meta’s directors need to recognize their corporation exists within a larger context. They should put Meta’s interest first if Company gains are outweighed by the losses to other companies (owned by their same shareholders). Directors have begun to weigh such costs as reputational risk. That is the tip of the iceberg.

Meta’s dual-class structure sets an inherent conflict of interests between Meta’s controlling directors, especially but not only Mark Zukerberg, and its more widely diversified stockholders. The Board has systematically ignored shareholder proposals that could have helped it address the failings of the Company’s business model. We hope our Meta lawsuit will refocus the Board on its broader fiduciary duties.

Saving American Democracy in the Age of Citizens United