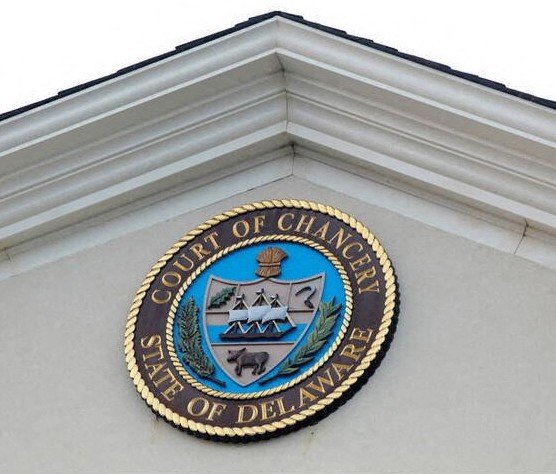 Fair elections have long been a major concern. When I started CorpGov.net in 1995, most directors were probably chosen by CEOs. Elections resembled those of North Korea. Vote for management’s slate or withhold your vote. Fair elections? I didn’t think so.

My friends toiled mostly in socially responsible investments, focused on double bottom line impacts and precatory proposals to address social and environmental issues. I concentrated on corporate governance. We needed at least some directors to be nominated and elected by shareholders, not hand-picked by the CEOs they were supposed to evaluate or by insulated board oligarchs.

Les Greenberg and I petitioned the SEC to allow shareholders access to the corporate proxy for their director nominees.  CII said our petition “re-energized” the “debate over shareholder access.” After many iterations and eight years, proxy access became a legal reality. Soon companies put up barriers, such as bylaws limiting nominating groups of shareholders to 20 members which made the process impractical as a fair elections tool.

Enter universal proxy card (UPC) regulations, which also seemed to take forever to enact. UPC allows shareholders to split their votes between candidates solicited by either side. Unlike under proxy access, dissidents do not need to have held 3% for 3 years and are not limited as to number. Unrelated but relevant, contests can now be more economical using notice and access, the internet, and social media. Many expect individual directors will be more vulnerable. Fair elections, or at least fairer elections, may finally be on the horizon, especially for influence, not control, which will still require a heavy lift.

However, like proxy access, the promise of UPC could be thwarted by companies erecting prohibitive barriers, this time in the form of advance notice bylaws. As one recent post noted:

Law firms are stumbling over one another, advising clients and potential clients on what advance notice they can safely enact without fear of being overturned. Initially, I intended to cite several of these but decided against providing an easy guide to erecting barriers.

In an attempt to deter advance notice bylaw aimed at thwarting fair elections, I filed shareholder proposals similar to the one below at a total of 29 companies so far. ($TSCO $CMG $CVS $UNP $AMT $DFS $PRLB $RGEN $TDOC $UPWK $AMZN $WST $NVTA $NVDA $AXON $CLDX $CTSH $EXAS $PI $RDFN $UTHR $VEEV $YELP, $GOOGL, $SYNH $WMT $MA $WDAY $CRM $V $ILMN) My hope is not only to discourage companies from adopting bylaws that are likely to be litigated but also to encourage proxy advisors, institutional investors, and others to set guardrails.  What bylaw amendments should boards be able to enact on their own and what should require a vote by shareholders?

After filing most of these proposals, I am somewhat encouraged by developments in the most prominent case so far.

Politan Capital Management LP has shut down an attempt by medical device maker Masimo Corp to use the litigation discovery process to unmask Politan’s investors.

Vice Chancellor Nathan Cook of Delaware Chancery Court ruled from the bench on Tuesday that Masimo cannot compel Politan to reveal its backers as the company and the hedge fund fight over the validity of Masimo’s controversial bylaw amendment. (Delaware judge rejects early unmasking of activist fund investors in proxy bylaw fight)

James McRitchie and other shareholders request that directors of Workday, Inc. (“Company”) amend its bylaws to include the following language:

Shareholder approval is required for any advance notice bylaw amendments that:

Under SEC Rule 14a-19, the universal proxy card must include all director nominees presented by management and shareholders for election.[1] Although the Rule implies each side’s nominees must be grouped together and clearly identified as such, in a fair and impartial manner, most rules for director elections are set in company bylaws.

The power to amend bylaws is shared by directors and shareholders. Although directors have the power to adopt bylaw amendments, shareholders have the power to check that authority by repealing board-adopted bylaws. Directors should not amend the bylaws in ways that inequitably restrict shareholders’ right to nominate directors. This resolution simply asks the board to commit not to amend the bylaws to deter legitimate efforts to seek board representation, without submitting such amendments to shareholders. We urge the Board not to further amend its advance notice bylaws until shareholders have at least voted on this proposal.

Directors of at least one company (Masimo Corp.) recently adopted bylaw amendments that could deter legitimate efforts by shareholders to seek board representation through a proxy contest. Masimo’s advance notice bylaws “resemble the ‘nuclear option’ and offers a case study in how rational governance devices can become unduly weaponized, writes Lawrence Cunningham.[3] Directors of other companies are considering similar proposals.

To ensure shareholders can vote on any proposal that would impose inequitable restrictions, we urge a vote FOR Fair Elections.

To Enhance Shareholder Value, Vote FOR Fair Elections – Proposal [4*] *(number to be assigned by Company)

What exact guardrails should there be? How might they logically differ at different companies? I welcome insights from readers. Our recent forum with John Grau Glenn and Michael Levin on ESG via Universal Proxy Card demonstrated that most people are afraid to express their views on these and other issues surrounding UPC in public for fear of showing their hand (to use a card game analogy). Therefore, if you do not want to leave a comment below, consider emailing me.

How Votes are Counted: More Important Than Who Votes at Plum Creek

Vote Splitting: Are We Moving to a Universal Proxy?