Delaware Court of Chancery has made important rulings concerning stock option plans for directors and the issuance of stock to directors in Noerr v. Greenwood and Linton v. Everett. According to Edward P. Welch and Andrew J. Turezyn, the cases “counsel directors and their legal advisors to consider carefully such issues as fairness, disclosure to […]

A study by Cotter, Shivdasani and Zenner, reported in the November issue of Directorship, found that returns to a target firm’s stockholders were 20% higher when their board was independent than when a majority of directors were insiders or outsiders with ties. The same issue also carries an article by Robert Heidrick on making director evaluations work. […]

Stern Stewart’s EVA product got a boost when CalPERS adopted its use in creating their annual focus list. It should help CalPERS pinpoint their targets with better accuracy and may result in increasing the “CalPERS Effect.” In other CalPERS news, they voted 36% of the time against executive stock plans and 39% of the time against exec bonus plans […]

On September 19, 1997 the SEC released its draft amendments to Rules on Shareholder Proposals [Rel. No. 34-39093; IC-22828; File No. S7-25-97]. Comments are accepted for 60 days. Amendment language is available online athttp://www.sec.gov/rules/proposed/34-39093.htm. Comments from Commissioner Wallman are also available. As expected, the rule would overturn the 1992 Cracker Barrel Old Country Store decision that the […]

On September 19, 1997 the SEC released its draft amendments to Rules on Shareholder Proposals [Rel. No. 34-39093; IC-22828; File No. S7-25-97]. Comments are accepted for 60 days. Amendment language is available online athttp://www.sec.gov/rules/proposed/34-39093.htm. Comments from Commissioner Wallman are also available. As expected, the rule would overturn the 1992 Cracker Barrel Old Country Store decision that the […]

Dr Mark Blair, of the Australian Stock Exchange, announced ASX is developing a guidance note for listed companies which will “add flesh to the bones and assist as new codes [of corporate governance] are developed”. (see Financial Review) August’s e-mailed Wharton Leadership Digest includes a list of corporate governance publications…added to their June list interested readers will now […]

Two press releases by CalPERS. One praised the actions of Japan’s Ministry of Finance for issuing severe penalties against Nomura Securities Co. for the company’s involvement with corporate extortionists, or “sokaiya.” The second expressed outrage at Governor Wilson’s inaccurate portrayal of negotiations that had been conducted to enable the state to stretch out a court-ordered $1.236 […]

A Proxy Process Forum, sponsored by ASCS, was held in New York city on June 20th. This was an opportunity to followup on the new fees which apply to mailings made during the 1997 proxy season as part of a one-year pilot program and to focus on multiple additional issues. In other ASCS news, they will be mailing out […]

Binding resolutions are a significant trend, according to Patrick McGurn, director of corporate programs at ISS in an article for Investor Business Relations. In January a federal judge ordered Fleming Companies to include a poison pill proposal, sponsored by the International Brotherhood of Teamsters on its ballot. If the ruling stands up in court it will set a […]

Average stockholder runs for board of BellSouth with backing of the Communications Workers of America. (seeAtlanta Business Chronicle) The Boston-based Coalition for Environmentally Responsible Economies (CERES) in 1996 filed a record of 43 shareholder resolutions with U.S. companies, including five in Massachusetts. That’s up from 16 resolutions filed nationwide in 1995. But shareholders shouldn’t expect […]

A recent survey by KPMG and the Australian Institute of Company Directors showed fewer than one in six directors had a total understanding of corporate governance. Less than a third of the directors were implementing corporate governance initiatives, although another 21% said they already had initiatives in place. 58% said they would be looking at increasing shareholder value, […]

The increasing value of “human capital” is acknowledged inFortune magazine article by Thomas Stewart. The Conference Board released the first issue of their Institutional Investment Report. At the end of the second quarter of 1996, U.S. institutions held more than $11.1 trillion in total assets, up from $10.5 trillion at the end of 1995 and $6.3 […]

Investor Relations Business greco@tfn.comreports that representatives of the Council of Institutional Investors,American Society of Corporate Secretaries, National Association of Individual Investors and the Interfaith Center on Corporate Responsibility have “tentatively agreed to tentatively agree” to proxy reforms outline by Commissioner Steve Wallman of the SEC in a speech before CII last October. Proposals from those holding 3% or more […]

Spencer Stuart survey of Midwestern companies confirms trend towards alignment of corporate boards and shareholders. The annual study of board practices at 95 leading Midwestern companies with sales of $500 million or more found the number offering retirement plans to board members fell from 54% in 1995 to 34% due to mounting pressure from shareholder […]

Investor Capitalism: How Money Managers Are Changing the Face of Corporate America. Managerial capitalism ascended during the century’s middle decades. “The decisions they made often affected the lives of thousands of people, yet they were seemingly accountable to no one.” The large holdings of institutional investors and the growth of indexing as a major investment strategy have  prevented the […] 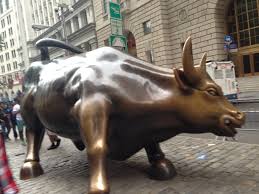 What would you do if the company in which you’ve invested your hard earned dollars throws it away on fat retirement benefits to outside members of its board of directors? One individual investor, Richard Ayers, conducted a proxy battle this year with Nevada Power Company over the issue. Although he won more than 30% of the […] 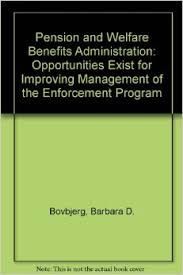 O’Barr, Conley and Brancato trace the common thread in the culture of pension funds in their book, Fortune and Folly: The Wealth and Power of Institutional Investing, to “an overriding concern with managing personal relationships” and an all pervasive “need to manage responsibility and blame.” Involvement by fund trustees in corporate governance issues is not yet the […]