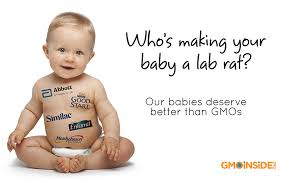 Companies that gave $46 million to stop California GMO labeling risk negative brand reputation if they fund effort to stop I-522 initiative for transparent labeling of food. Companies that donated funds to oppose ballot initiatives to require the labeling of products containing genetically modified organisms (GMOs) are facing new pressure from shareholders to stay out of future elections.

Leading up to the vote on Washington State’s ballot initiative to require GMO labeling, As You Sow, the Green Century Equity Fund, the Environmental Working Group (EWG), and the U.S. Public Interest Research Group (U.S. PIRG) are filing resolutions asking the top corporate donors to the opposition of the California GMO labeling ballot initiative to refrain from using corporate funds to influence political elections. Investors note that many of the companies that contributed to anti-Prop 37 measures experienced significant consumer backlash on social media sites and were the subject of consumer boycotts. According to Lucia von Reusner, Shareholder Advocate for Green Century Capital Management;

Companies that get involved in highly controversial public policy issues risk alienating their consumer base. Using shareholder funds to publicly oppose transparency and the public’s right to know threatens to erode consumer trust, and exposes the company to significant risks as a result.

A July 2013 New York Times poll found that 93% of Americans favor labeling of foods containing GMOs. In a 2010 Harris Poll, nearly half of respondents indicated that if alternative options were available, they would shop elsewhere if they learned that a business they patronized had contributed to a candidate or a cause that they opposed, and in a 2012 Bannon Communications poll, 79% of respondents said they would refuse to buy a company’s product or services to protest its political spending. According to Andrew Behar, CEO of As You Sow,

By spending money to influence the outcome of ballot initiatives and other political issues, companies are sending a message to their customers. In the case of GMO labeling, they are saying ‘we don’t want you to know what is in our products.’ This creates material risk for investors based on negative brand reputation.

The polling is clear, citizens and consumers overwhelmingly approve of labeling GMOs and overwhelmingly disapprove of corporate money in elections. Any corporation that spends against this ballot initiative, whether directly or through a dark money group like the Grocery Manufacturers Association (GMA) risks its reputation and warrants the question, what could be so important to hide that it’s worth skewing our democratic process to do so?

The top 50 corporate donors who supported the “No on 37” campaign in California will also receive a letter signed by 30 investors representing $11 billion in assets under management, urging the companies to stay out of elections on controversial public policy issues.

As You Sow is a nonprofit organization that promotes environmental and social corporate responsibility through shareholder advocacy, coalition building, and innovative legal strategies. For more information visit .

Video Friday: Why Taxes Have to Be Raised on the Rich
Review: Strategy, Innovation and the Theory of the Firm