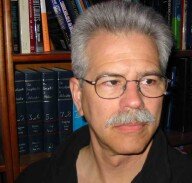 The following essay appeared on the front page of my website for a decade or so with various minor edits and updates. Some links my now be out-dated.

Since 1995 the Corporate Governance site at CorpGov.net has facilitated the ability of institutional and individual shareowners to better govern corporations, enhancing both corporate accountability and the creation of wealth.

News/commentary, links, corporate governance definitions and advocacy geared to the active investor. Subscribe to the publications of our stakeholders. CorpGov.net is supported by ad revenue, as well as the publisher’s speaking engagements, and consulting contracts on corporate governance. (Download resume2012, a pdf about Publisher James McRitchie).

Knowledge has surpassed machines and the stored value of money itself, as the driving force behind the world economy. In the recent past, companies learned they could create better products more efficiently with the full mental participation of their employees. Today, investors are learning that participation by shareowners also adds value.

Venture capitalists who are willing to invest ideas, as well as money, are outperforming the market. “Corporate Governance and Equity Prices” by Paul Gompers of Harvard and Andrew Metrick of the University of Pennsylvania’s Wharton School found that “firms with stronger shareholder rights had higher firm value, higher profits, higher sales growth, lower capital expenditures, and fewer corporate acquisitions.” Investors who bought firms with the strongest democratic rights and sold those with the weakest rights “would have earned abnormal returns of 8.5 percent per year during the sample period.” (see also Does Corporate Governance Matter to Investment Returns? by Jay W. Eisenhofer and Gregg S. Levin, “Governance Mechanisms and Equity Prices” by Martijn Cremers and Vinay B. Nair, research by GovernanceMetrics International, and The ratings game: corporate governance ratings and why you should care)

Join us in our attempt to enhance wealth through increased accountability to investors by creating more democratic forms of corporate governance and corporate monitoring, as well as factoring other “extra-financial” issues into the analysis of risks and opportunities. (see the Enhanced Analytics Initiative and UP FINE)

Institutional investors hold more about 60% of all listed corporate stock in the United States (about 70% of the largest 1,000 corporations). Public pension funds own about 11% of total equities. The largest 100 money managers alone control 52% of all US equity. (Conference Board) They have assumed the role of “permanent shareholders” and “universal owners.” As early as 1988 the Department of Labor (DOL) set forth the opinion that, since proxy voting can add value, voting rights are subject to the same fiduciary standards as other plan assets (see “Avon” letter). The same standards of trust law also hold for mutual funds, as clarified by former SEC Chair Harvey Pitt, in a letter dated 2/12/2002. Finally, on 1/23/03 the SEC ruled that proxy votes made by mutual funds must be disclosed. Shareowners can now check those votes to see if they are in our interest at sites like ProxyDemocracy and FundVotes.

Under the “lead plaintiff” provisions of the Private Securities Litigation Act of 1995, large shareowners can be named controlling parties in class-action shareholder suits. An amicus brief filed in the case of Bragdon v. Telxon by DOL asserted fiduciaries have an affirmative duty to determine whether it would be in the interests of plan participants to pursue litigation. Again, because DOL’s analysis was based on trust law principles, the same duty should also hold for non-ERISA fund fiduciaries.

Responsible practitioners have cautioned that fiduciary duty may also include the need to balance index fund strategies with active monitoring and “relationship investing” (see Koppes). As permanent owners grapple with the issues of corporate governance they are simultaneously reinventing systems of corporate monitoring and accountability. The phenomenon is international; witness OECD’s principles, initiatives by the World Bank and International Monetary Fund as well as those in dozens of individual countries around the world.

The movement to more democratic forms of corporate governance by empowering owners is important not only for creating wealth; it cuts directly to our ability to maintain a free society. As Monks and Minow have noted, with the slight exaggeration suitable for book covers (Power and Accountability),

Corporations determine far more than any other institution the air we breathe, the quality of the water we drink, even where we live. Yet they are not accountable to anyone.

In Nell Minow’s unforgettable words, “boards of directors are like subatomic particles–they behave differently when they are observed.” More vigilant shareowners are also more likely to be “socially responsible,” in the true meaning of that term, increasing triple bottom line returns (adding economic, environmental and social value). Actively involved owners are likely to help find solutions to many corporate challenges.

Unions, through efforts such as AFSCME’s lawsuit and many shareholder resolutions, the AFL-CIO’s Executive PayWatch, the United Brotherhood of Carpenters and Joiners’ majority vote resolutions, and SEIU’s Capital Stewardship Program have been in the forefront of many recent corporate governance initiatives. (see also Working Capital)

CorpGov.net doesn’t simply report on developments in corporate governance, sometimes we take bold initiatives. One such effort, together with Les Greenberg of the Committee of Concerned Shareholders, was a 2002 petition to the SEC aimed at allowing shareholders access to the corporate proxy for their director nominees. The Council of Institutional Investors said our petition “re-energized” the “debate over shareholder access” but the resulting SEC proposal would have allowed access to the corporate ballot only after a complex set of obstacles had been met. Although the proposal received more support than any SEC proposal in history, the SEC let it die when the Business Roundtable opposed it. CEO’s didn’t want to be accountable to directors who would be dependent on the approval of shareholders.

Finally, in August 2010 Proxy Access was voted to become a reality. Relying on a plunging share price to force change is the current paradigm. In the process, shareholders can see considerable wealth destroyed. External corporate takeovers are expensive. Even after much of the wealth has been destroyed, the takeover and transition back to profitability is also expensive… generally ranging between 2-4% of the value of the firm. That doesn’t count the cost of layoffs, lost wages, increase divorce and suicide rates, as well as to communities in the form of lost taxes and charitable contributions. The cost of proxy driven changeovers has run “considerably below” 1%, according to Institutional Shareholder Services. We assert that gradual shifts in power, through proxy access, are preferable to costly proxy battles.

In the past, Americans have tried to balance the power of big business with regulations enforced by big government and the countervailing force of unions. Today, many recognize that government regulation, while often necessary, is inherently inefficient when unaccompanied by a culture of self-policing. Given the diminished status of unions and the growing power of corporate lobbyists, government control often equates to de facto corporate (management) control. See, for example, The American Corporation At the End of The Twentieth Century.

The keys to creating wealth and maintaining a free society lie primarily in the same direction. Both require that broad based systems of accountability be built into the governance structures of corporations themselves. By Ending the Wall Street Walk, and accepting the responsibilities that come with ownership, pension funds and other institutional investors have the potential to act as important mediating structures between the individual and the dominant institutions of our time, the modern corporation.

Together with sources such Confronting Companies Using Shareholder Power and Sustainable and Responsible Investment Strategies, we hope to provide individual and institutional investors with the information needed to become effective shareholder activists. Of course, this site is no substitute for proxy monitoring services. Ownership based governance is likely to reduce the corrupting influence of unaccountable power on government. At the same time, by transforming corporations into more democratic institutions, institutional investors can unleash the wealth-generating capacity of “human capital” which is based in the skills and knowledge of corporate employees. See A Conversation With Margaret Blair.

American workers have trillions in retirement assets such as pensions, stock plans and 401(k) savings plans. Who controls these assets? Who executes voting rights? How do the workers benefit? We will not shy away from the issues and believe that even corporate governance leaders who have been responsible for substantial progress in the field, such as CalPERS, can become unresponsive and hypocritical if they isolate themselves from mechanisms of accountability. (see CalPERS muzzles critics: Ballot rules protect board, keep others in the dark, Sacramento Bee editorial, 5/24/99)

We invite our readers to participate in identifying stress points, opportunities, expectations, and emergent adaptations in the field of corporate governance. We don’t expect to find one set of democratic principles which will apply in every situation. We use the term “democratic” not in the sense of a predetermined abstract ideal. There have long been debates about the nature of democracy in government (the importance of education, role of parties, necessity of a written constitution, distribution of wealth, relative advantages of presidential and parliamentary systems, etc.). Democracy, as a concept, in the field of corporate governance will also prove fertile ground for debate.

Analytical argument and empirical research demonstrate the value of shifting from oligarchic corporate structures, where CEOs set the agenda and are paid 500 times the wages of their average employee, towards those which establish systems of accountability and encourage long-term participation by concerned shareholders (shareowners) and employees in corporate decision-making. The corporations that embrace such a dialogue should be better equipped to create wealth, compete in global markets, and solve the highly complex problems of the 3rd millennium.