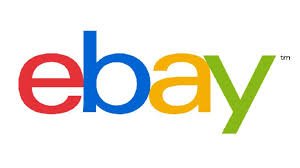 New York State Comptroller Thomas P. DiNapoli and Trillium Asset Management today announced that they have withdrawn the shareholder proposal they filed at eBay Inc. (NASDAQ: EBAY) after the company agreed to revise its Governance Guidelines to include gender and racial diversity among the qualities its seeks in its board members. Several other issues remain on the proxy.

When DiNapoli and Trillium filed their proposal, eBay had just one woman on its board, lagged its peers when it came to board diversity and had no stated policy that it made diversity a priority in constituting its board. Within months of receiving the proposal, eBay increased the number of women on its board and revised its Guidelines to state that,

When searching for new directors, the Board should actively seek out highly qualified women and individuals from minority groups to include in the pool from which Board nominees are chosen.

“Different and diverse viewpoints offer fresh perspectives on day-to-day business and can benefit companies’ bottom lines,” DiNapoli said. “We see far too many corporate boards and workplaces, particularly in the Silicon Valley tech sector, that are overly homogenized and at risk not just of stale thinking, but of damaging their reputations with the perception that their boardrooms are the exclusive enclave of white males. Since we filed our request, eBay put action behind its words and rapidly brought in new board members. The company deserves to be commended.”

In its recent announcement of new board directors, eBay highlighted its expected split from PayPal, which would create two boards.  Susan Baker, Vice President of Trillium Asset Management, said

As eBay enters this critical transition, Trillium applauds the company for increasing board diversity as it looks to the future. We believe this will help the Board better manage the process. Yet, many companies in Silicon Valley and around the country remain laggards on board diversity, Trillium and allies in the Thirty Percent Coalition have had many successful engagements about this important issue, and will be approaching dozens of companies in the year ahead.

“We hope and expect the company will continue its commitment to diversity as it plans the creation of a separate board for PayPal,” DiNapoli said.

The New York State Common Retirement Fund is the third largest public pension fund in the United States with assets of $176.8 billion as of March 31, 2014. The Fund holds and invests the assets of the New York State and Local Retirement System on behalf of more than one million state and local government employees and retirees and their beneficiaries. The Fund has consistently been ranked as one of the best managed and best funded plans in the nation. Over the past 20 years, 82 percent of the cost of benefit payments has been funded by investment returns. The Fund’s fiscal year ends March 31, 2015.

Trillium Asset Management, founded in 1982, is the oldest independent investment advisor focused exclusively on sustainable and responsible investing. Trillium manages over $2.2 billion in assets for clients including high net worth individuals, foundations, endowments, religious institutions, and other non-profits.

Remaining on eBay’s proxy, are the following proposals:

eBay is recommending against each of these shareholder proposals. I recommend shareholders vote in favor of all of them.