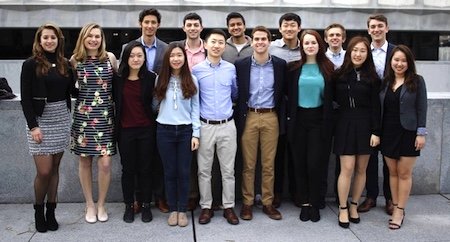 MALEK: Working from within, is an op-ed that appeared the Yale Daily News, on January 13, 2020. Gabriel Malek makes critically important points that need to be heard, especially by students but also by CorpGov.net readers who want to work with them. Malek’s key message: While students fight for divestment, also fight for shareholder engagement and to protect shareholder rights. I have added several links to Mr. Malek’s op-ed, as well as the photo and graphics.

Malek ends by noting the SEC has proposed a rule to make corporations less democratic and with a call for students to storm the field. I hope they will mobilize student organizations to file proxy proposals, submit comments on the SEC rulemaking proposals, and put academic research skills to good use by critiquing biased studies, such as those of the Spectrem Group, and Stampede Consulting used to bolster the SEC’s proposals.

Protests at the Yale-Harvard game over divestment from fossil fuels have reignited necessary conversations regarding endowment justice nationwide. While I commend Fossil Free Yale and Divest Harvard for their bold action and agree that it is both morally and financially imperative to abandon fossil fuel companies, I worry that ongoing dialogue and media coverage has overlooked a key facet of responsible investing: shareholder engagement.

As we wait for universities to commit to fossil fuel divestment, we should urge endowments to use their leverage as shareholders to hold companies to higher environmental and social standards. Given the Trump administration’s recent attacks on shareholder rights, students must fight for investor advocacy all the more so.

Under the current regulations of the Security and Exchange Commission (SEC), investors who own $2,000 of stock in a company for at least one year are able to file shareholder resolutions with that company. Think of a shareholder resolution as a proposal. Investors ask a company to disclose more information about certain elements of its business practice, and the rest of the company’s shareholders vote on whether they agree with the recommendation.

Thus, although we should continue to advocate for divestment and recognize that profiting from fossil fuel extraction is both morally wrong and financially negligent, we should also encourage the university to adopt a more proactive engagement strategy. As the News reported last year, completely divesting from fossil fuels could take decades. While Yale still owns shares in major coal, oil and natural gas corporations, it must use its seat at the table to demand that these firms set stricter emissions targets and align organizational goals with the Paris Climate Agreement.

Devoting more attention to engagement will also compel endowments and student groups to acknowledge that climate-conscious investing does not stop with fossil fuel divestment. Companies in every industry contribute to and are implicated in the climate crisis. Responsible investors must ensure that every firm in which they own stock is equipped to combat the risks that climate change presents. Achieving this goal requires thorough engagement; investors must speak with corporate leaders about greenhouse gas emissions and file shareholder resolutions requesting more comprehensive climate-related data from companies across sectors. If we as students do not demand this more robust approach to asset management, our calls for endowment justice will be, at best, half-baked.

In fact, students themselves can become investor advocates. Numerous student organizations on campus — the News, the Yale International Relations Association and the Yale Student Investment Group, just to name a few — control large sums of money that could be invested in companies for the purpose of engagement.

For the past four years, my peers in the Dwight Hall Socially Responsible Investment Fund and I have done just that. By owning $2,000 of stock in ExxonMobil, we have joined professional investor advocates in demanding that Exxon fully disclose its direct and indirect lobbying expenditures. Our efforts, while just a tiny fraction of a larger campaign, culminated in July 2018, when Exxon decided to leave the American Legislative Exchange Council, a conservative trade organization that funds climate change denial research.

Other student groups should take advantage of their sizable budgets to communicate with additional companies. Who better to speak to Twitter about an issue like fake news than members of an undergraduate tech club, the very people who will constitute the majority of Twitter’s user base and staff in the coming decades?

In order to engage effectively, young people must join the fight for shareholder rights. The SEC is currently proposing a rule change that would require investors to own $25,000 of stock for one year or $15,000 of stock for two years to file a shareholder proposal. This regulatory shift would limit the ability of students and other smaller investors to influence corporate behavior. More broadly, it would make the world of finance less transparent, less accessible and, as a result, less democratic. 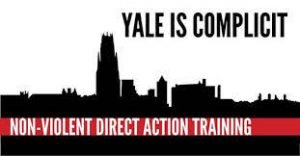 If we at Yale and Harvard claim to care about endowment justice, we must demand policies that allow responsible investing to occur. No longer can students remain on the sidelines of the shareholder engagement movement. It’s time to storm the field.

Costco 2020 Proxy: How I Voted
Proposals Under Attack by SEC

2 Responses to MALEK: Working From Within