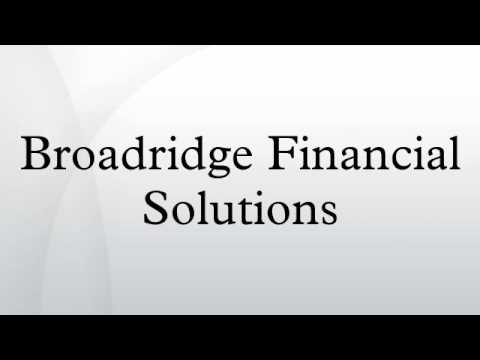 Have you heard the news? Broadridge amends proxy access bylaws on July 6, 2017, to do the following:

Broadridge Financial Solutions (BR) filed 8-K amendments to their bylaws. Did the amendments indicate that my wife and I filed a shareholder proposal to amend those bylaws? Did their filing mention Broadridge probably would not made the amendments if our proposal had not been filed? When James R. Copeland writes commentaries such as, Another Shareholder Proposal? McDonald’s Deserves a Break Today, does he ever count the many shareholder proposals filed each year that are implemented before proxies are filed? To each of these questions, the answer is no. Press releases make it appear that boards made such changes on their own volition.

Of course, much of that expense is the amount companies spend hiring outside counsel to draft arguments hoping to get a letter from the SEC allowing companies to exclude proposals. Most companies don’t take that step. The Chamber’s assumption that corporations seek to exclude all proposals is definitely wrong. I would guess that only about 1/3 of proposals go through such a process. Most proposals either get placed directly on the proxy at minimal cost or the company negotiates withdrawal with the proponent in return for implementation or progress on the issue. Copeland first inflated an already questionable cost, then multiplied it by a faulty assumption to create another bit of fake news with just enough truthiness that uninformed people believe him.

Readers of the Wall Street Journal would probably have a much different view of proxy proposals if companies actually indicated what prompted various changes advocated by shareholders and pundits reported the facts. Copeland’s diatribe stirred readers like a Trump rally. Here is a typical comment:

They aren’t “gadflies,”  they’re troublemakers.   They have to know their proposals will be voted down, yet they persist. They don’t belong at shareholders meetings, they belong on a steaming pile rubbing their front legs.

Although $100,000 is certainly an exaggeration of potential costs, we did not want Broadridge to spend any money to keep our proposal off the proxy, since the Board’s actions represented important steps in the direction requested. This is what we said in our withdrawal.

This message withdraws the 2017 rule 14a-8 proposal based on the below text.

We applaud the leadership demonstrated by the Broadridge board, with a little prodding from shareholders. We hope the company will also move to encourage its clients to institute hybrid annual meetings, rather than virtual-only meetings.

Item 5.03.    Amendments to Articles of Incorporation or Bylaws; Change in Fiscal Year.

(a) Effective July 6, 2017, the Board of Directors of Broadridge Financial Solutions, Inc. (the “Company”) amended the Company’s amended and restated by-laws (the “Amended By-laws”) to revise the proxy access by-law provision adopted in 2015. The Company’s proxy access by-law originally allowed a stockholder or a group of up to 20 stockholders that beneficially owned 3% or more of the Company’s outstanding common stock continuously for at least three years, to nominate and include in the Company’s proxy materials board nominees representing up to 25% of the board.

The amendments approved on July 6, 2017:
(i) increased the number of stockholders that can aggregate their shares to make a proxy access Board nomination from 20 to 50 stockholders,
(ii) eliminated a requirement to count individual funds within a mutual fund family as separate shareholders for purposes of satisfying the minimum ownership requirements to make a proxy access nomination, and
(iii) eliminated a requirement that a previously nominated proxy access nominee achieve a specified level of shareholder approval in order to be eligible for re-nomination. 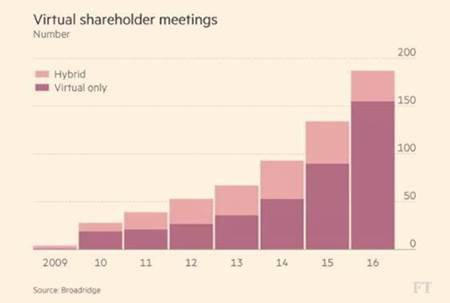 Data Reported by Broadridge in the FT